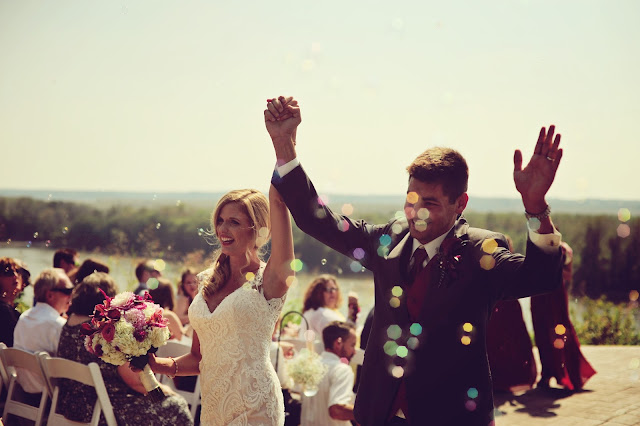 My sister Cindy's son married his beloved on Saturday!
They are such a sweet, happy couple.
The wedding was full of love and joy! 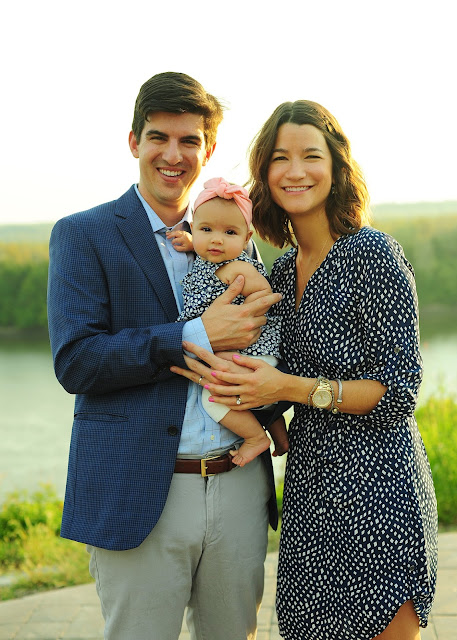 I was thrilled to meet Wes and Stephanie's baby girl, Maddie Sue.
Maddie is Susie's first grandchild.
She is perfection.
Sometimes they call her Suzy...and it breaks my heart in the best possible way.

We love all the dancing at weddings.
Katie and I danced a little jitterbug....
Last night I said to her that we needed to learn this following dance for the next wedding.
(I love it so much.)
She looked at me with a blank stare. 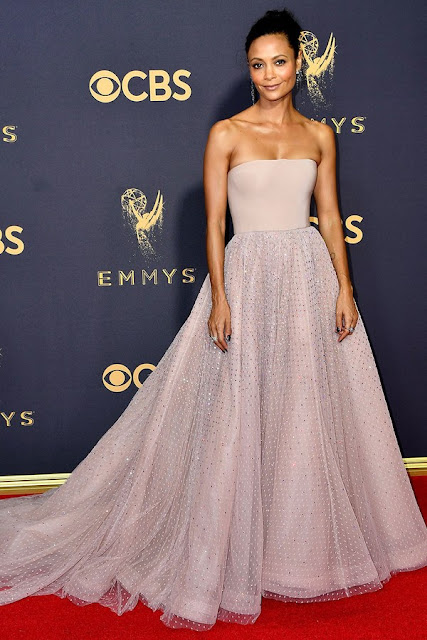 Wow.  Thandie Newton looks so beautiful in this Jason Wu gown.  I love everything about this dress.  She is a wonderful actress in Westworld.  (A creepy, robot western. )

This year television overflowed with the creep-factor.
Westworld. Handmaids Tale. The Man in the Hightower.
Lots of dystopian stuff.
I'll share with you my favorite shows of the year at the end of the post. 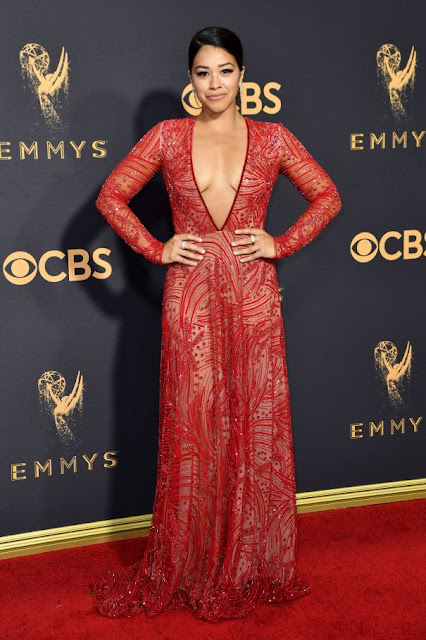 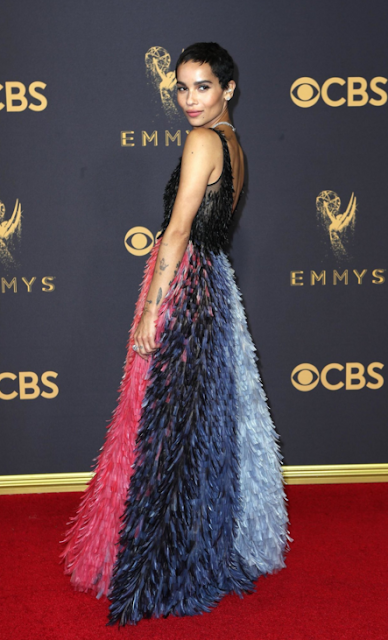 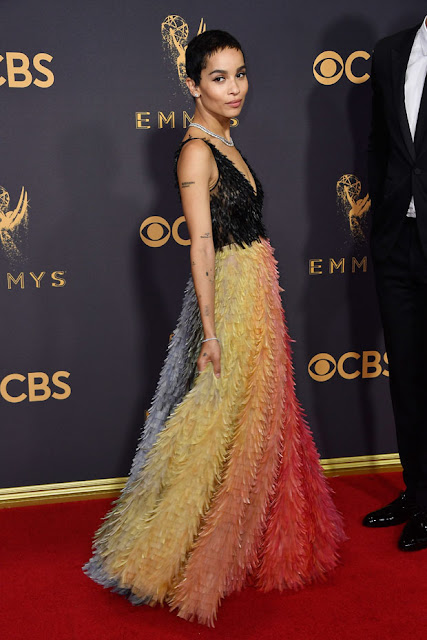 Such a refreshing, unique gown.
It wins for most creative and beautiful.
Zoe Kravitz in Dior. 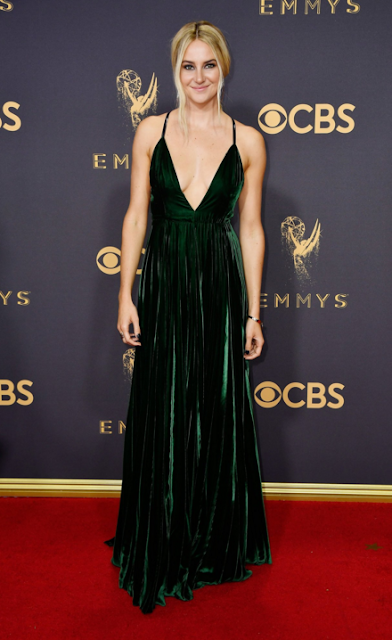 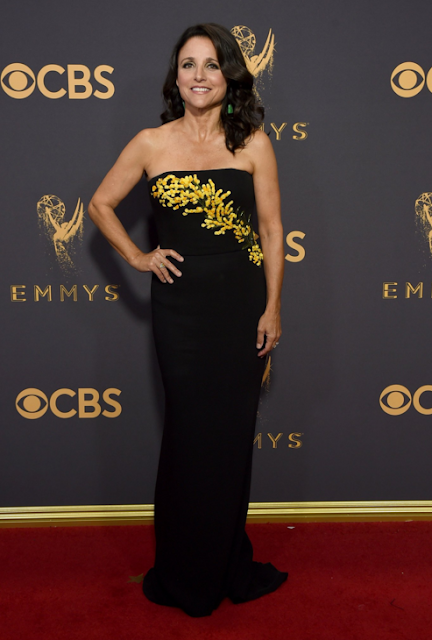 This was Katie's favorite.  Julie Louis-Dreyfus wins every year as actress and style icon.
I can't get in to Veep.  But she has won 8 times so the industry LOVES her.
I happen to love her style better than her show :o)
Carolina Herrera.  (my favorite designer) 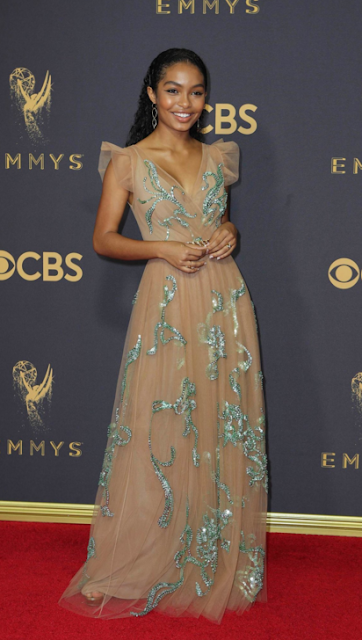 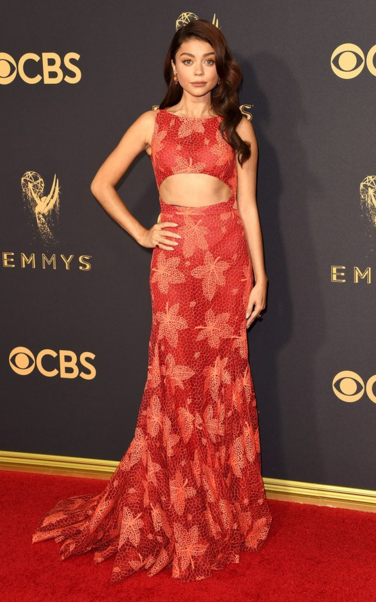 I liked this for it's use of fabric.  This form is done over and over, but the fabric was interesting and Sarah Hyland from Modern Family looked very pretty in her Zac Posen dress. 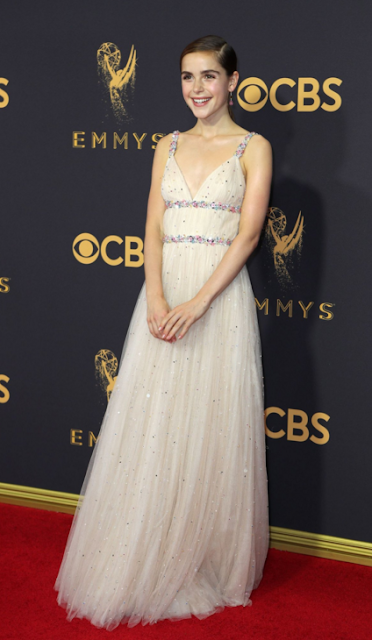 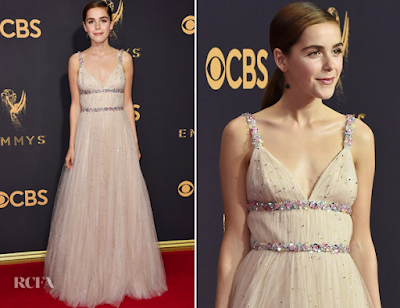 Too much botox on the old gals.
Jane, Dolly and Lily looked like Wax figures.
I tell you Jane's face looks like a 20 year olds. It's very strange.

My picks from this year are;

I like my dance shows and mindless reality shows.

I have watched most of the dystopian programs...they are interesting in a sense, but real downers.
I read Handmaid's Tale when the book came out and I watched the program, this summer.  It was VERY disturbing and depressing.
These are just not the kind of shows I want to pass along and say, 'hey. watch this.'
The ick factor is too high.

So the shows I've picked are not icky.
Stranger Things is a scary 80's type mystery.  You will think of Stephen King and Stand by Me.
Genius is a Ron Howard series about Einstein.  It is so well made it makes everything else look shoddy.

Schitt's Creek has my whole family laughing and laughing.  We watch them over and over.
The writing is hilarious, the acting in comedy perfection.  If you liked Best in Show....and those kinds of goofy characters....
Find Schitt's Creek now and watch this show.

Dancing with the Stars starts tonight.  It's always a mystery as to whether I will like the cast.
Fingers crossed that I find some favorites to cheer for. Boil veggies in the water until soft with the bouillon. Add 1 2/3 cups of milk and make a paste out of the other 1/3 cup of milk and flour. (I don't always do the flour thickening)
Add cheese and bacon. Heat through.
Sour cream and chopped scallions are yummy plopped and sprinkled on top too.