It was my birthday so I got the lobster.

Patrick and Katie took me to a wonderful restaurant called johnny Delmonico's in downtown Madison for my birthday.
It is rat pack cool.
The menu was wonderful.

I was all set to order the 8oz tenderloin when I spotted the lobster on the menu.

We asked about the market price and the waiter pushed the surf and turf.

When we were kids, we went out to eat a lot. We got lobster a lot.
Nice big white lobster tails with butter bubbling in candle lit ramekins.

This is what I expected.

So I ordered the 6 oz. tenderloin and the Maine Lobster.

And when it came with it's body split in half and it's big red claws, I thought I had the crab on my plate cause it sure didn't look like any lobster I had eaten before.

I quickly ate the four bites that were in the tail and they were sweet and lovely. Probably the sweetest lobster I have ever tasted. Sadly, that was about it. I dug some out of each big red claw and was extremely thankful that I had a delicious piece of meat to enjoy.

The lobster alone would have been a dieters delight, I imagine.

One and a half pounds for a lobster may sound like a lot...but it is very small.

I also had wonderful hash browns with onions and Katie and I shared a Key Lime Pie dessert.

All in all it was a great birthday dinner. (Patrick liked his steak more than any other he has had in Madison.)
With a lesson in lobster thrown in. 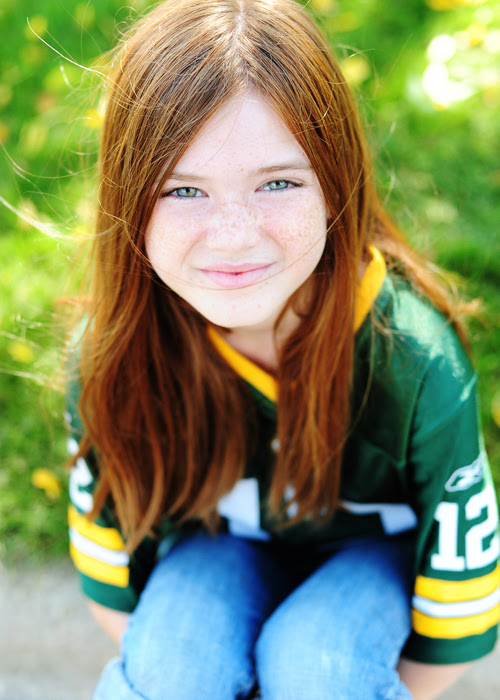 My sister Cindy and her boys were stopping by on their way from Minocqua to Columbia Mo. They went up for the Rump Roast Run. I happen to be right on the way so I was delighted to have a birthday visit.
I also told Cindy I would take pictures of her and her big boys.
They weren't able to be in on the big photo extravaganza in Florida last July.

So. I tried out the light in the front yard with Katie.

But by the time Cindy and the boys arrived it was cloudy. Not the best for sparkly eyes....but good enough, I hope.

The boys were GREAT sports and smiled and smiled...and Cindy was her happy, goofy self. 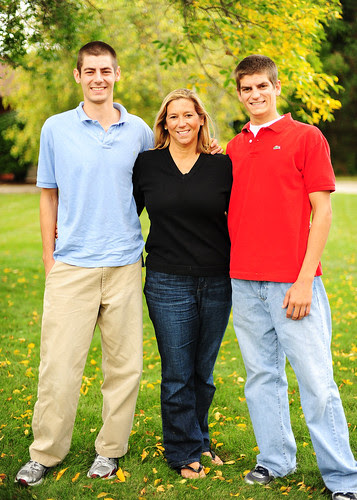 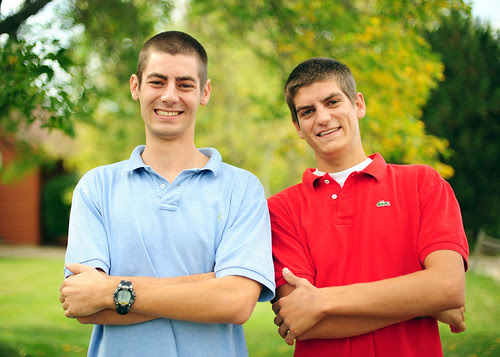 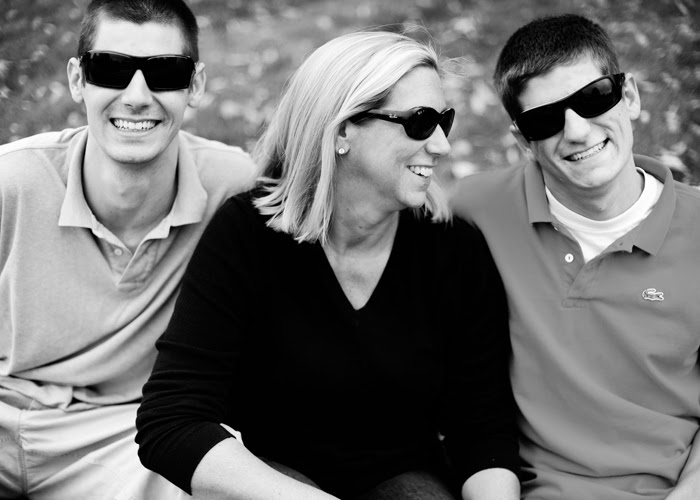 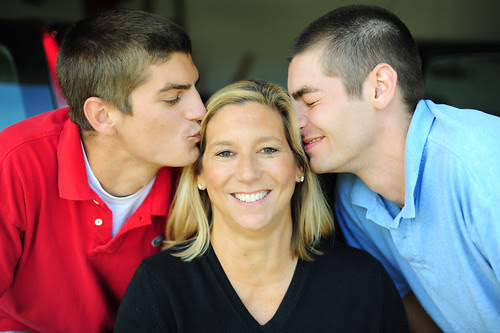 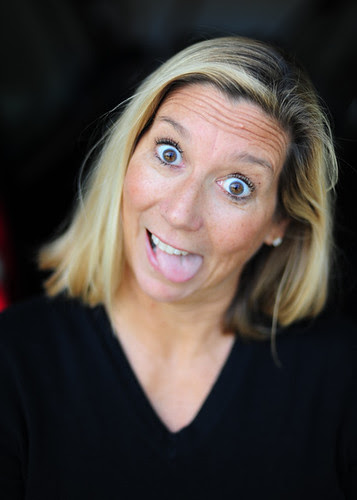 She is the funny sister. 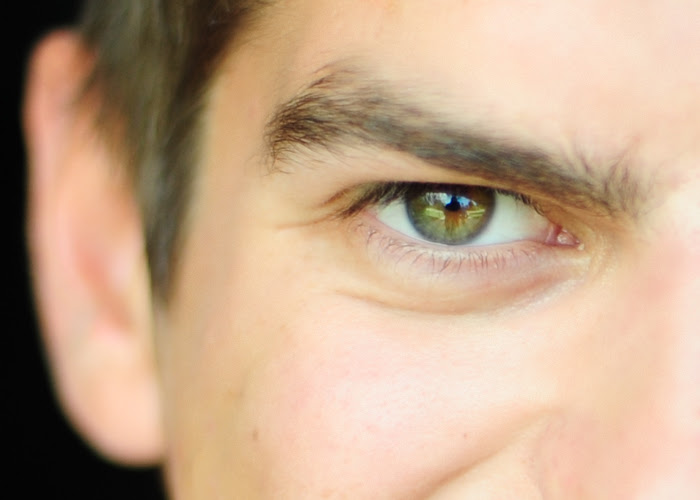 This is Steven. It could be a picture of my father's eye.
It is an amazing thing to see such a resemblance!
Our dad's eyes were more brown, but it is really uncanny!

How about that Amazing Race?

Hope you all had a great weekend! Thanks for making mine extra special with all the birthday wishes!!!