I have always been so fond of Prince William and Prince Harry.  They are the same age as my boys and honestly Harry reminds me of my Matthew. 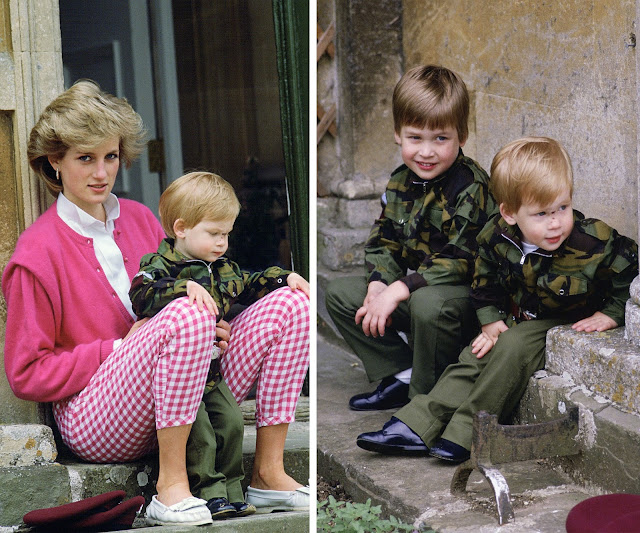 The little royal boys were both little soldiers.
And both became grown up military men.

Now Harry's main interest is helping the veterans.
He walked with the 'Walking Wounded' group earlier in the year.
They met up again a few days ago. 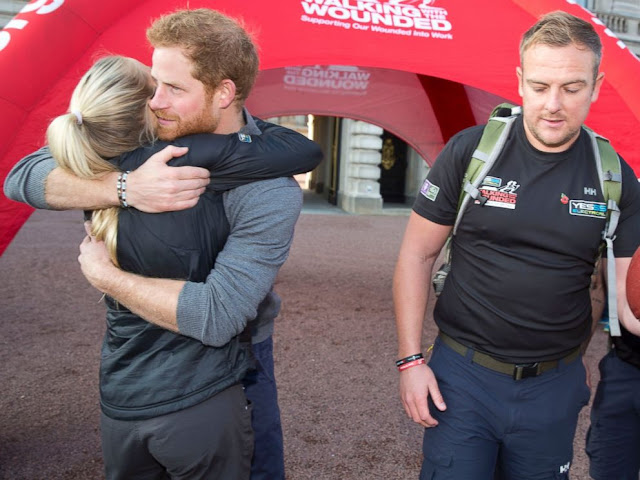 Now. That a hug.  What a great hug!!!
Especially impressive since the Royals are generally hands off.
Hands clasped behind their back sorts. 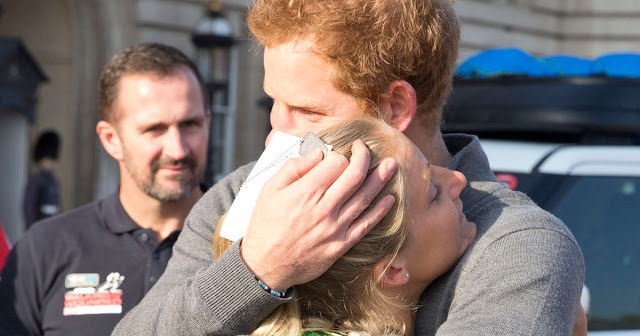 Kristie Ennis gave Harry the dog tag he is holding....

I just love these pictures.

As Mr. Rogers says...
look for the helpers.

p.s.  I love Diana's outfit.  I'm sorry she can not see how wonderful her sons turned out.