Yesterday I watched an episode of Call the Midwife...or two.
I love it.


In the East End I found grace and faith and hope hidden in the darkest corners. I found tenderness and squalor and laughter amid filth. I found a purpose and a path, and I worked with a passion for the best reason of all - I did it for love.
~Jenny Lee

"It was a Christmas as unique as any other. For every year the mystery unfolds itself anew. And late in life, I came to see that faith, like hope, is a rope and anchor in a shifting world. Faith cannot be questioned, only lived. And if I could not grasp it then, I felt its heartbeat, which was love."

I wrote about Call the Midwife here.


And last night was the finale of a new Masterpiece theater show called The Paradise.
It was wonderful.

Let me recommend The Paradise to you.
See if you can still watch it on the internet on Masterpiece or BBC or what not.

The music is wonderful and will remind you of Downton Abby.

Katie was cold and was about to put her coat on in the house....and I said.  NO!  Wear a nice warm sweater.  Cause you know.  Coats are for outside.  Just like pajamas are for INSIDE....your house and not the store.

So I took Katie upstairs and forced her into a sweater I knit thirty years ago.  I made it out of wool and angora.  I picked a pastel color because that was just me.  I used angora because I have a thing for soft. Back then alpaca was not really the popular fiber that it is now.  So I sneezed and puffed as I knit with the angora and I struggled as I carried that yarn as you do with a pattern like this.  It was hard and I did not try this method again until I made my Esther mittens a few years back. 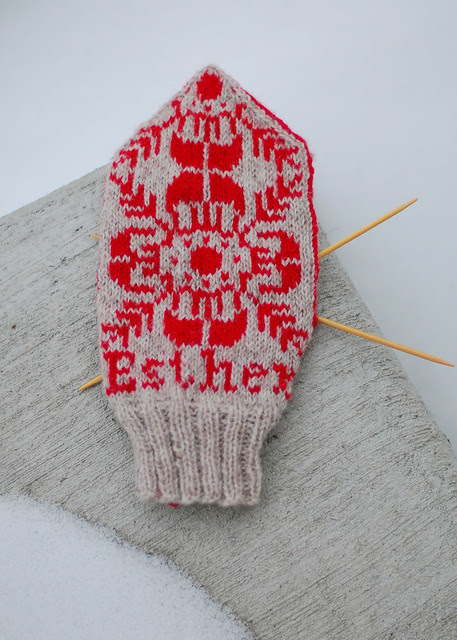 But back to the sweater.  Katie was NOT at all interested in wearing it.  She thought it felt funny with a shirt under it and she did not like the pink checks with the sweater.  But I forced her because sometimes I know best.  She wanted to be warm.  Wasn't that the issue?  Is there anything warmer than wool?  No. 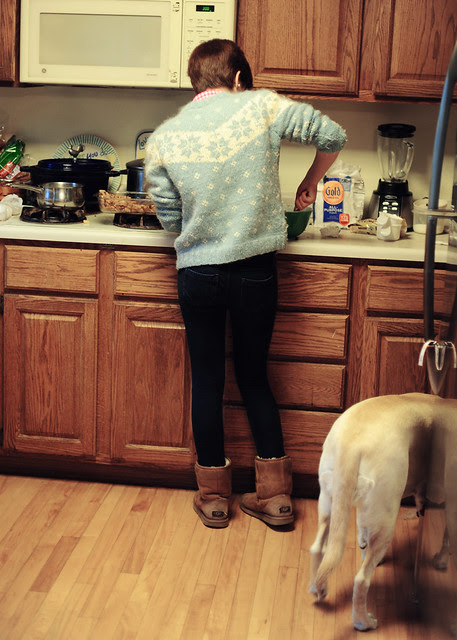 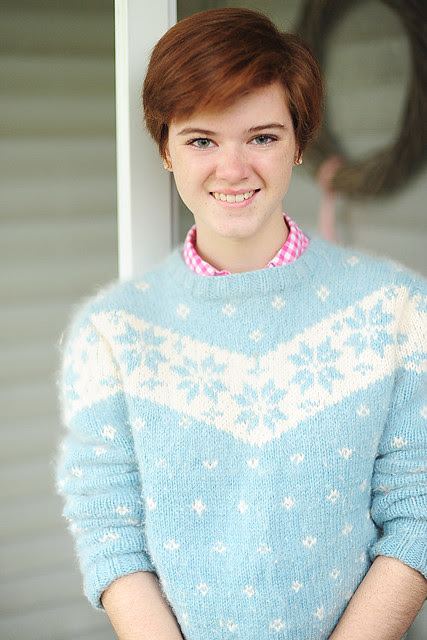 She posed for her bossy mom. 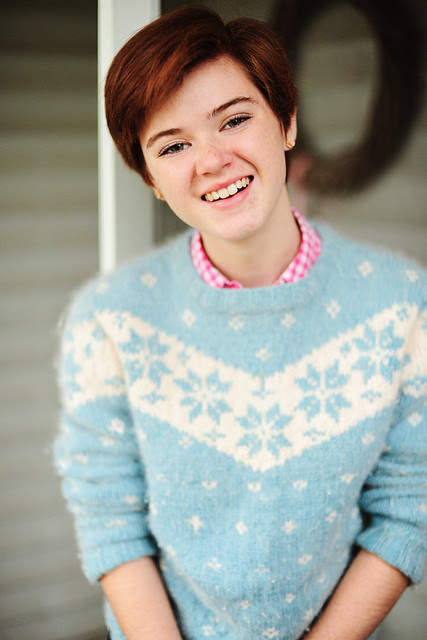 It all made me very happy.