Last night we went to a Kacey Musgraves concert in Milwaukee.  I have mentioned her before on my blog but I bet you don't remember. Kacey is a new artist from Texas.  She is a terribly talented writer with a beautiful voice.  I learned about her from watching CBS Sunday morning.

Just last night, during the show Kacey got the news that she had been nominated for four Grammys!
Isn't that exciting!  It was :o)

We picked Emma up at the bus stop in Milwaukee and then drove over to Real Chili.  I have heard about Real Chili on "Best thing I ever ate" television show.  Was the chili the best ever.  Not really.  It was good.  Right next to our table was this picture of Jerry Seinfeld.  He was the only famous person on the walls.  So we took our picture with him. 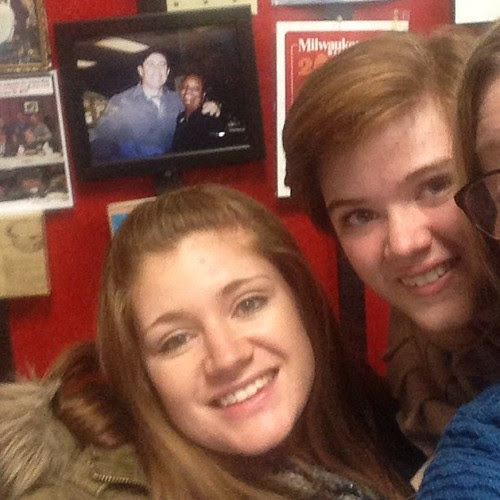 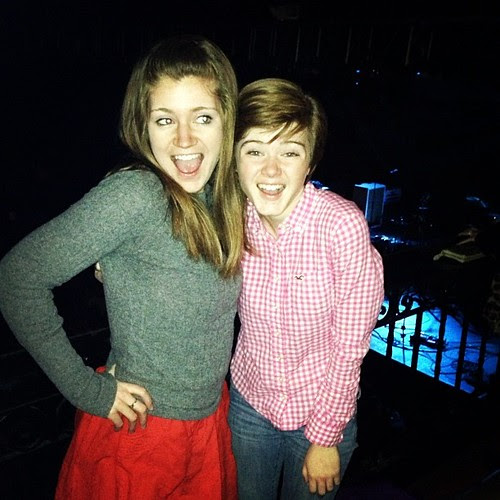 The concert was at The Rave.  We found our perfect seats right away...right after we found our free and close parking place.  I tell you.  Everything went fantastic.

We sat just above and close to the stage. The first band to play was John & Jocob.  They were really good and fun to listen to.


This song was much more lively and loud in person.


(I have included the link to the youtube page below in because there is a problem with the video.)


Anyway, the concert was fantastic. She sang eleven songs from her twelve song album...she sang a few cover songs and two Christmas songs.  It was extremely fun and so entertaining!!