Being hurt is part of being alive. 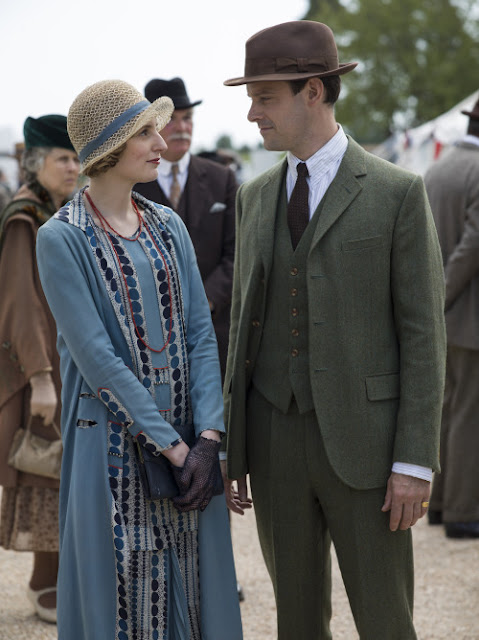 Edith and Bertie.  Such a perfect match.  Now come on Edith. Tell the truth.


Sunday's episode was so well done.  The cinematography was first class.  The costumes were interesting and a little goofy...especially Henry's goggles and racing hat.  eek.

Tom had the best advice for Mary.


Tom: You're frightened of being hurt again. But let me tell you this: You will be hurt again, and so will I, because being hurt is part of being alive. But that is no reason to give up on the man who is right for you.

Isobel and Violet are BBFs.
How I love their honest and true friendship.  They give one another support and wise advice.
I don't think I have ever like the two of them more.

Mrs Hughes' trick on Carson was perfect.  He is a good actor. I believed that he was indeed struggling with the cooking and bottle washing.

Barrows.
Why can't he have Mosely's job and that young man who wants to be a farmer?
He could do both of their jobs.

Carson is not my favorite this season.

What else?
I'm forgetting since I watched the show in pieces today.

What were your favorite parts of season six episode seven?