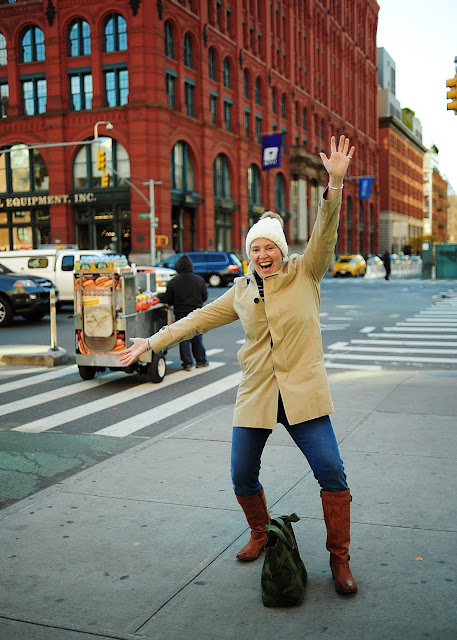 This is Ryan.  She is joyous and full of fun.
I mean...who can pull off this pose!
Now that I think of it....Katie used to do this all the time!
Ryan has been visiting the blog for a super long time.
She has lived in Soho for quite a few years.  We stayed in her neighborhood.
Emma and I had brunch with Ryan at Jane on Sunday.
She was so fun to meet in person.
We couldn't stop talking....the waitress was so patient with us :o)
She has had a hard year medically....really, really hard.  But she is not bitter.
She is a real fighter.
A true inspiration.

I have some more hilarious pictures of Ryan....
you will have to wait for those... 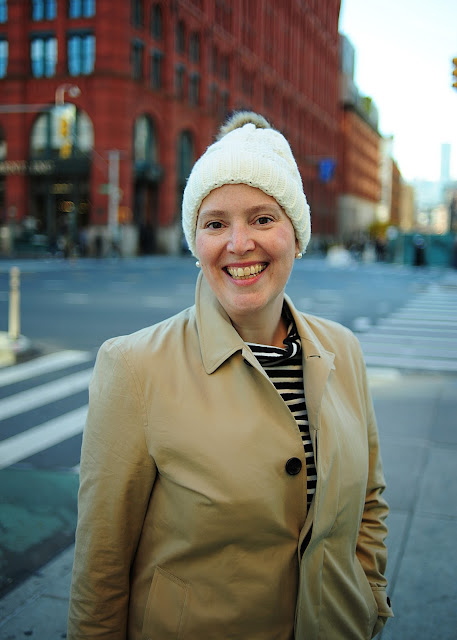 (Will and Grace building in the background.) 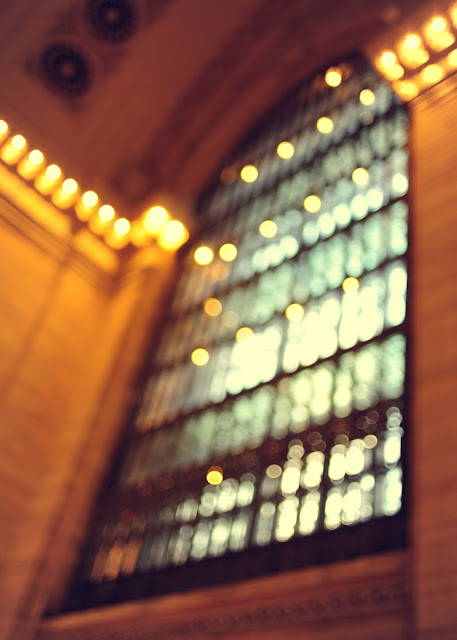 We went to Grand Central Station.
It's a beautiful place.
The light was not very interesting.
So I made it more interesting. 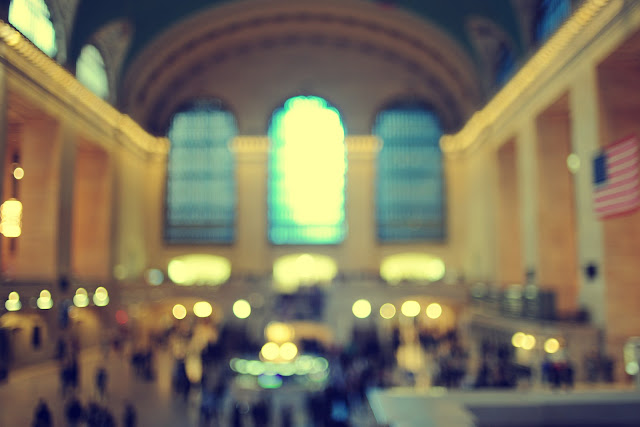 After our visit to Grand Central Station we met up with Monica at Central Park.
We took the subway to Columbus Circle.  I wanted to see this place for a few reasons.  I've seen it on TV and it is the fountain that Carrie and Aidan break up in front of.  Can you imagine it?
She was wearing white. It was night.

I digress.
As Emma and I climbed up the stairs we could see Monica standing at the top...waiting for us.
It was the sweetest thing!  Imagine, you have never met a person...and they are waiting for you with open arms...it's a precious thing.
A quick aside, Monica wrote me when she read that I was coming to New York.  I didn't recognize here name from the comments...but something clicked...
I had remembered a New York woman sending me a picture from a J. Jill store in New York last winter....when the trees were up in the stores.
I went back to look through my mail.
And there it was, an email from Monica.

She wondered if I ever met up with people from the blog.
I said, yes I do!
And she offered to be our Central Park guide.
It all worked out so perfectly.
Monica is kind and encouraging.
She is a little unsure of living in this big city....but she LOVES the parks.
She loves the trees.

(We could not go near Columbus Circle due to security barricades....it is right next to a Trump building and people were protesting.) 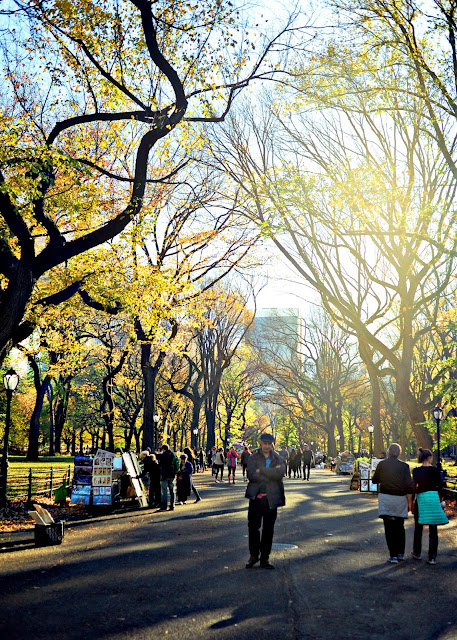 Get a load of this man.
Not moving for anything. 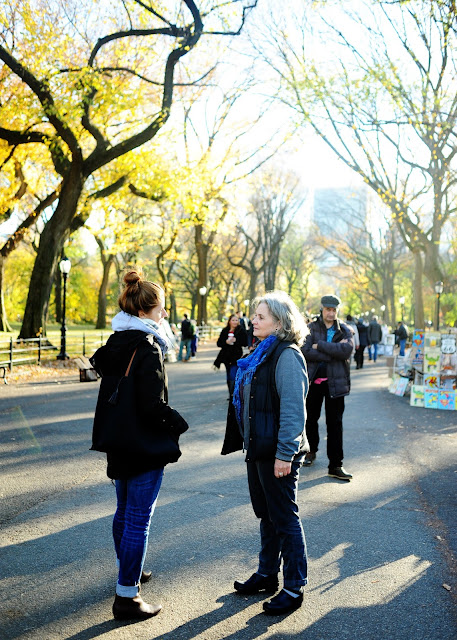 Emma and Monica had a chance to talk and talk as I was determined to take pretty pictures.
It worked out great.  I kind of get in the photo taking zone...and I don't think Monica felt like I was ignoring her....Emma picked up the conversation slack...while I stood behind my camera.

There is that man. 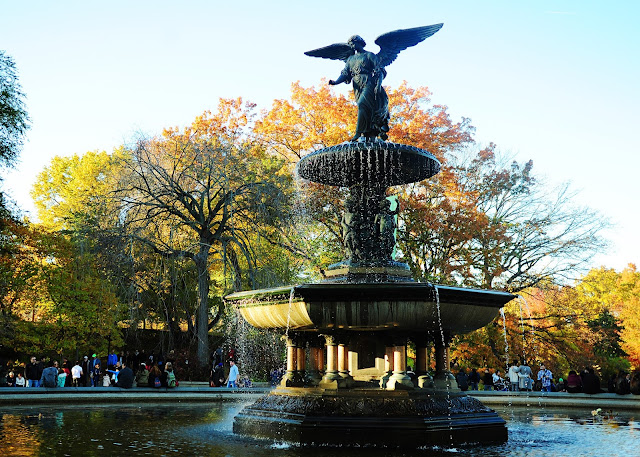 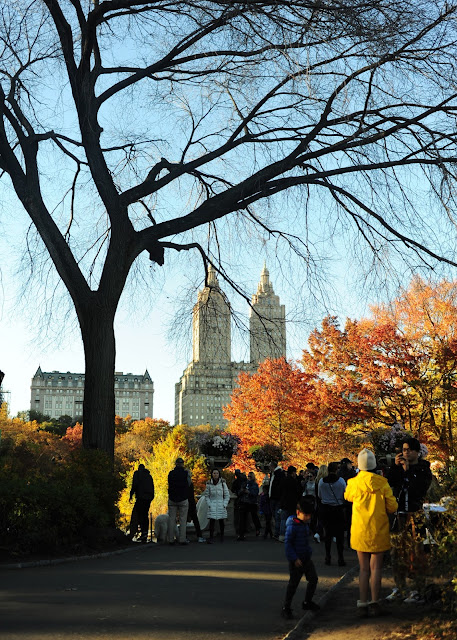 This is the building and bridge shown in the titles of An Affair to Remember.
See all those people. 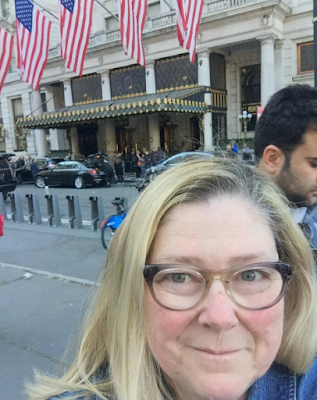 I wanted to see the Plaza.  "The Way We Were" filmed the final scenes in front of the Plaza.

"Your girl is lovely Hubble." 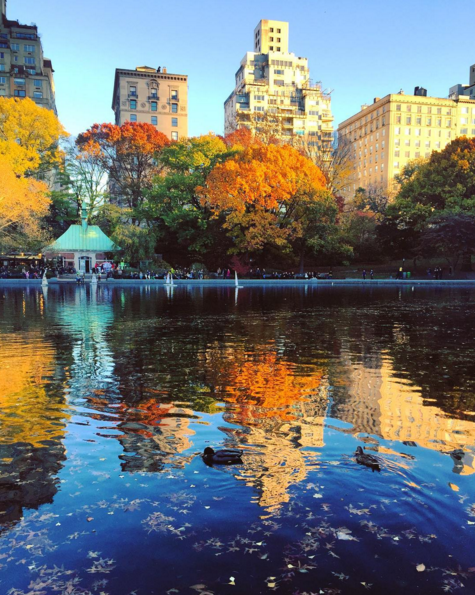 Monica wanted to show us a few statues in the park.
This is Hans Christian Anderson.
It was set in a quiet little spot....
I noticed the placque.... 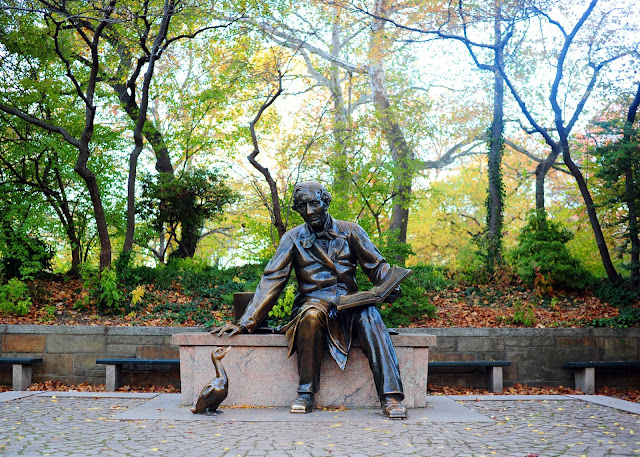 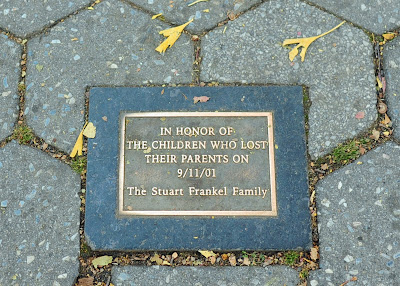 And I teared up for the first time.... 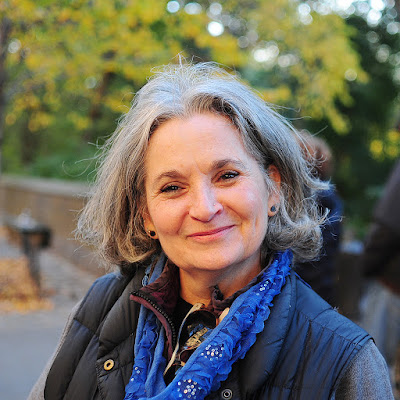 Thank you Monica for the most wonderful tour.
I just know we would enjoy finding the quiet little parks of Manhattan together,
wandering, meandering, talking, and laughing.

Can you believe the lovely weather we had and how pretty the trees were?
Fast friends.
The best of times.