The Bronx is up and the Battery's down....

On Sunday, Ryan, reminded me of the On The Town song quoted in the title today....
It would have helped Emma and I on our first few trips on the NYC Subway if I had remembered it sooner.  The whole Uptown, Downtown was tricky for us.

In Chicago Downtown is where the action is.
On Manhattan Downtown is at the bottom of the island.
Uptown is Up. on the map.

So as we tried to figure it all out...it became clear....eventually.

Our travels were a huge success.
American Airlines was wonderful.  Not a complaint.
When was the last time you could say that about a flight?
We knew we were lucky travelers...but we didn't dare say it.

I can say it now tho.
Everything went perfectly. 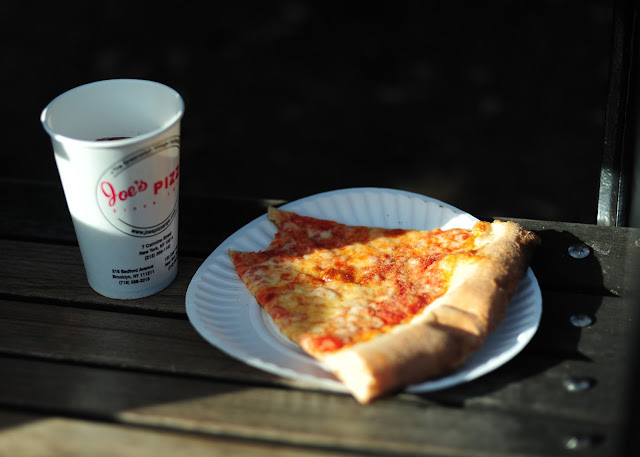 Our Airbnb was near Houston and 4th.
The room was nice and clean and in a perfect location for us.
It was, however a fourth floor walkup and this was killer for me at the end of the day...climbing those stairs was HARD.  It was not so hard for Emma.
We felt very safe walking around and riding in the Subways.
We bought a week, unlimited Metra card for about $30 and we used it over and over and over.

Our first meal was Joe's Pizza.  Right there by our place.
Emma LOVED it.  I liked it too. 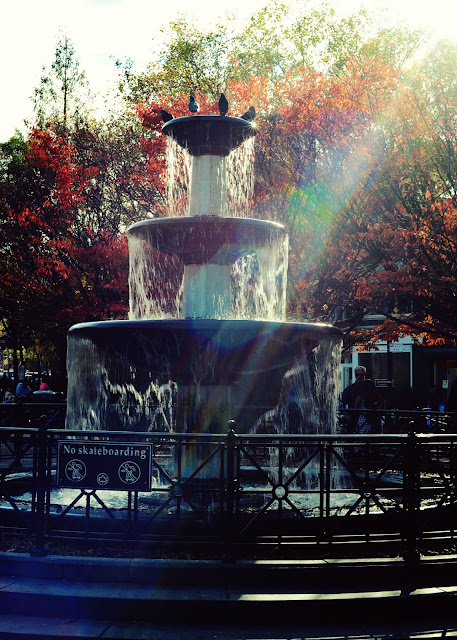 We ate our pizza sitting in this very little park.
New Yorkers love to sit in their parks.
I loved their little parks too.

And speaking of New Yorkers.
THE NICEST PEOPLE!!! 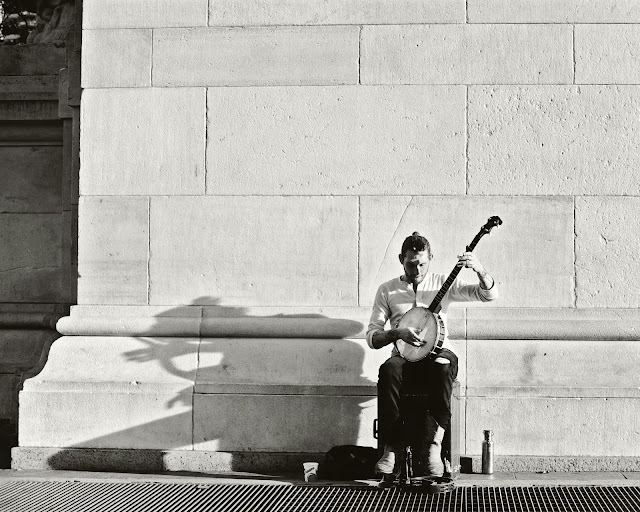 Have you been to a huge sporting event?
And at the end you all go out at the same time?
And it's a great mass of people?

Freaked me out a little.

And it was hard to take pictures with people walking in front of you like a parade. 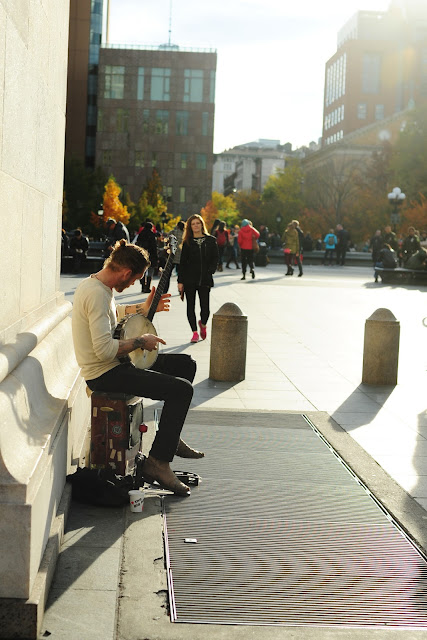 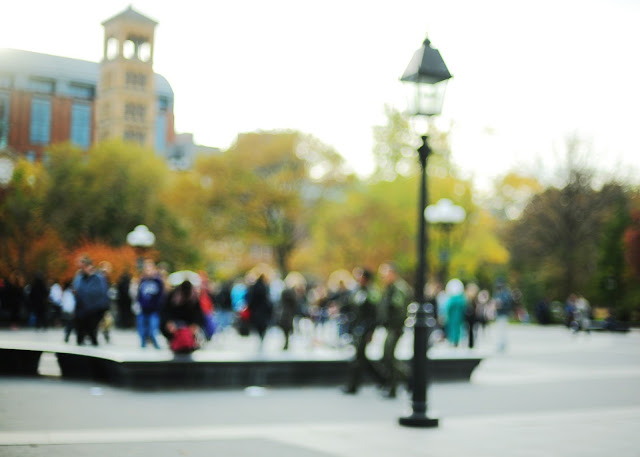 So I started to take pictures out of focus on purpose. 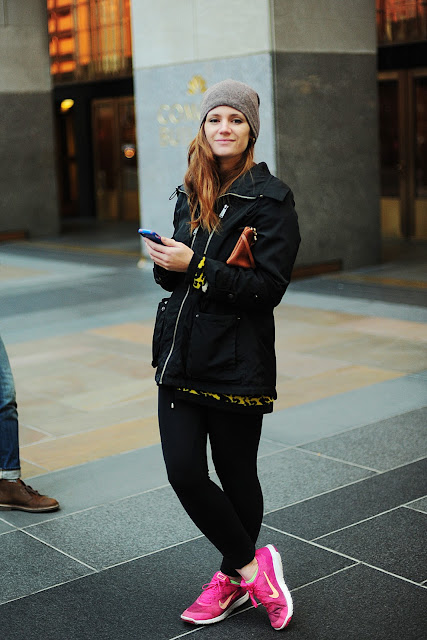 The first night we were there we went to see The Seth Meyers Show.
It was wonderful, fantastic, funny, interesting, and cool!
Emma and I both loved 30 Rock. 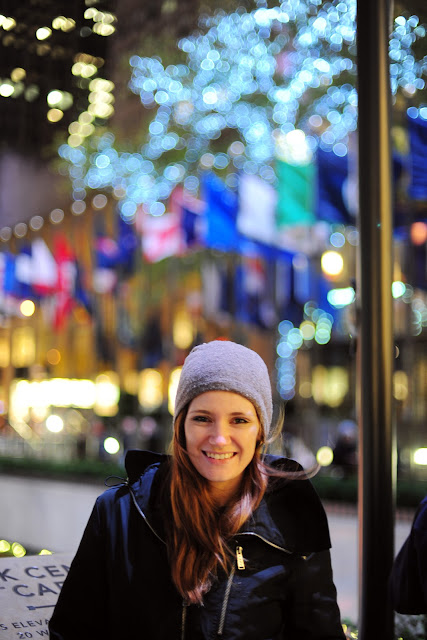 The flags were flapping and the lights were twinkling. 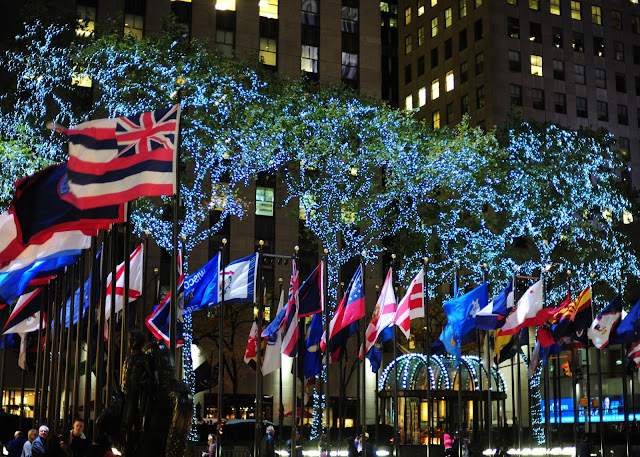 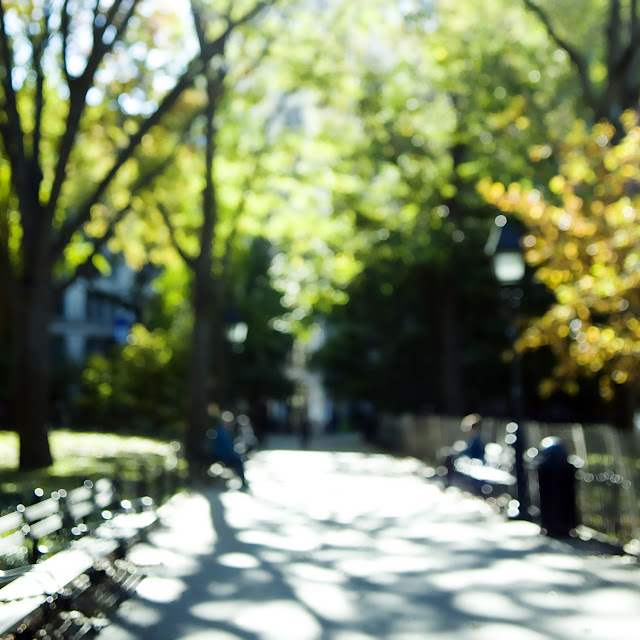 Ever day looked like this.
New York was sunny and the trees were pretty.  We walked thru Washington Square Park the second day to find Bagel Bob's.

Bagel Bob's near NYU.
My salt bagel was really, really great!
I wish we had been a little closer to Bagel Bob's.
I would have had one every day...
for as long as we both shall live.

It was crisp on the outside and softish on the inside. 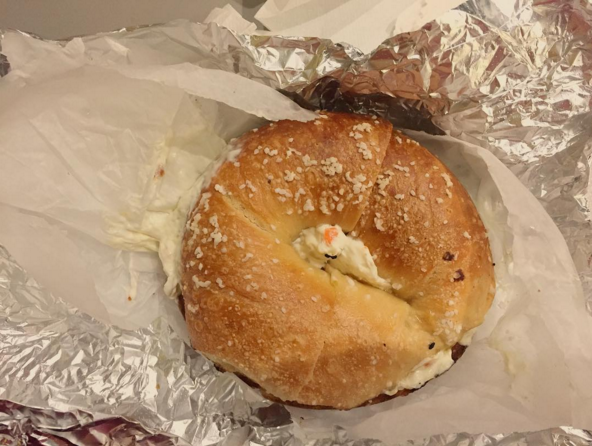 Seriously.  When I go back to New York.  I'm staying by Bagel Bobs.

That's all for now.
I'll edit more pictures tomorrow after school and post them asap.