This summer has been a summer of doctor appointments for me.
What started out as an innocent query about my painful knees, led me on a wild goose chase of mammograms and skin cancer surgery.

You know you walk in the door and they look at what tests you have not had in a while.
And they start scheduling tests.

One mammogram lead to two.
I was scared about the second as they saw something.
But, it was nothing.  Afterall.

The mole on my nostril was very small, but it was bleeding.
It did not look like something you see in a book.
But the bleeding alarmed me and I was right.
It was a little basal cell.

The fact that it was on my nostril made me worried.
I was not worried about the cancer because it was nothing.
But I have had surgery on my face before and it was hellish for me.

The other thing I worried about was that my nostril would be cut and deformed.

So I got a medication from my GP to help me relax as I had my MOHS surgery.
The only time in my life I have had any medication was during childbirth.  I think I had Demerol with Emma.  And it made me sleepy.  (they did not do epidurals in Marinette Wi in 1989)

Because I would be taking drugs, Patrick drove me and stayed with me.

I took one pill before we left and was advised to take the second when I arrived at the clinic.

For this surgery, they take off one layer, look at it under a microscope and then if they have all the cancer, you are done, but if they still see some you go back in for a second, third, fourth cutting until the borders are clear.  Or some other term I can't remember.

So I went in for my surgery.  I remember it being very bright.
They covered my eyes with a bandana shaped cloth.
I think I remember the shot. Which hurts like heck in your nostril.

But other than that, I was done quickly.
They but a huge bandage on my nose and sent me out to the lobby.

The lobby was very large.  There were three big sections.  TV's, couches, a puzzle table, lounge chairs, and lots of people.

After saying hello to Patrick, I made a bee line for a couch to lie down!
I took out my little folded nylon grocery bags and tried to use them for a pillow.
I fell asleep.

Right there in front of all the people.

(I never fall asleep.  Barely can sleep anywhere but my own bed.  But, I was a little Goldilocks at the clinic that day!)

I woke up and wobbled over to the woman at the front desk and asked for a blanket.  Which I then toted around the lobby like Linus.

Patrick asked if I'd like a drink from Starbucks and I said sure...
I found a reclining chair and feel asleep again.

A little while later, Patrick returned with my drink and suggested I try a chair over in a corner.
Which I thought was super.  It was just right.

Back to sleep I went.

Noon came and my cells had been examined.
I went back to the surgical room and was told that they had gotten everything in the first go.

I could go home and not have to have more cutting done.
They showed me the wound and I think I was seeing double and thought I had a hole in my nose.
I cried and the young assistant ran to get the doctor who showed me slides of how these wounds heel.
I remember how she rubbed my arm.

When I finally saw my wound without any medication in my system.
It was not bad at all and there was no hole in my nose.

As I look back on my experience I just have to giggle at myself.
Oblivious to all the others at the clinic that day.


Goldilocks looking for the perfect place to sleep the day away. 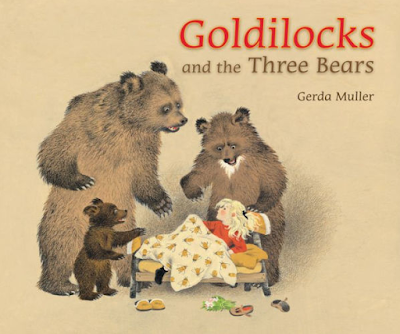 Yesterday I had my final derm appointment.
The rest of my skin looks fine.
My wound is just a red mark now.


When I told Emma this story she thought I had taken too much.
But you know me, just following directions.

And what a funny story I got out of it.

It was just right,
Goldi