This is Sarah Levy 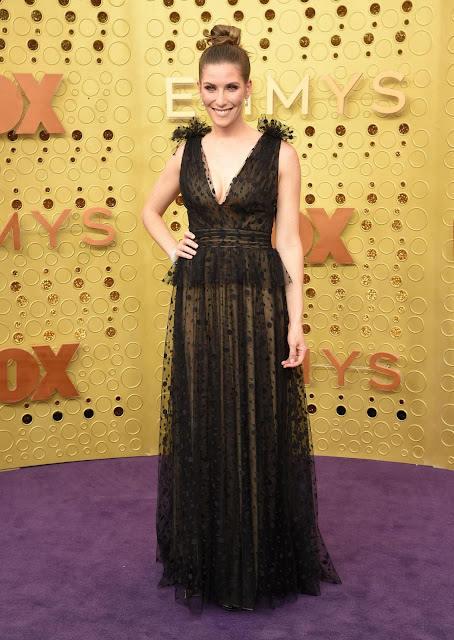 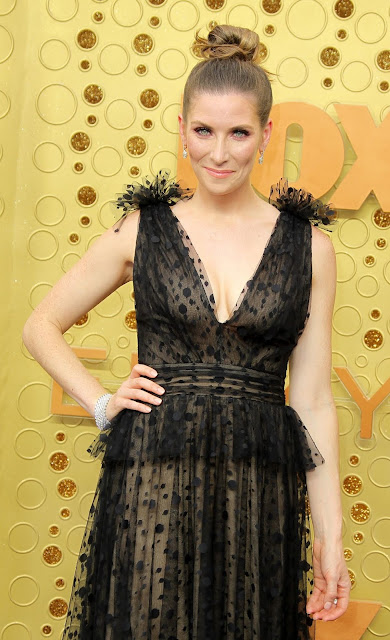 This is Sarah Levy.  She is Eugene's daughter and Dan's sister.
Dan Levy is the creator and stand out character on Schitt's Creek.  He is wonderfully talented and along with his father, Eugene Levy, does most of the press for Schitt's Creek.
Sarah IS on the show.  She does not play his sister on the show. Sarah plays a simple waitress.
She is a very good actress but she plays a quiet character.  She doesn't really stand out in a crowd.
And so, at the Emmy's she was overlooked by all the fashionistas and television cameras.

I just wanted to introduce you to her because she obviously has fabulous style! And this is my favorite dress of the night.  (Now that I finally see it!)

The designer is Tadashi Shoji and it is perfect!

And in case you can not place the name Eugene Levy.
Well...he is a long time fave around here due to being in
Best in Show.

Such a talented fun family! 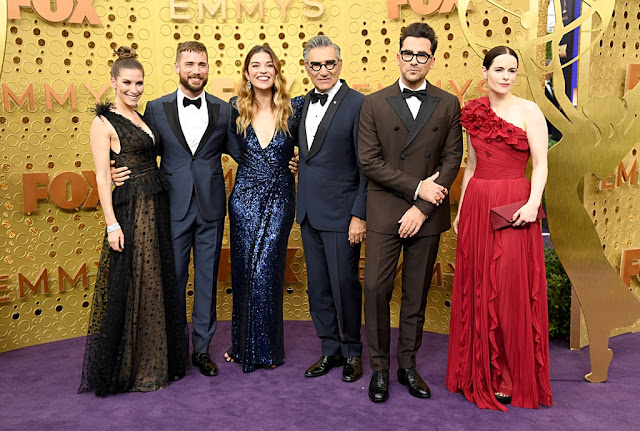 Dan is dashing in his brown tux.

So now you know,
the rest of the story :o)

I think I will go see Downton Abby this afternoon.
Janet saw it yesterday and LOVED it!