The Blackhawks, the Help and some cute young Mommies. 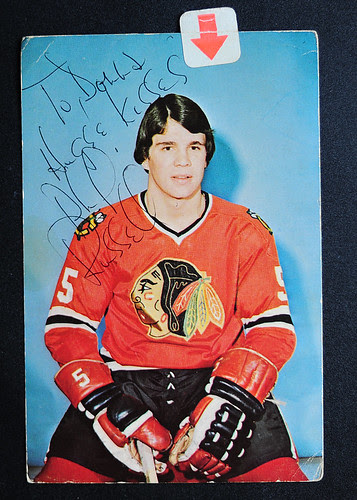 I may have told you once or twice before,
that I loved going to hockey games with my dad.

It was so exciting. I truly loved the sport.
The old Chicago Stadium.
The Blackhawks.


Yes. I had a huge crush on the young defenseman, Phil Russell.

Everyone knew it at my school. I talked hockey with the boys at school...but
I also talked Phil Russell.


Then one night our parent's died.

I can remember something I thought soon thereafter.

"I will never go to another hockey game with dad."

It was an important part of our relationship, I guess.


The boys at school....they didn't know what to say or do when our parents died.

It was so horrible.

They had Phil Russell autograph his picture for me.

They gave it to me one day at school.

I say 'they' because I can't actually remember which boy gave it to me...
it could have been Tony Black or Russ Webber....they were hockey friends of mine....

I just remember how sweet it was that they gave it to me.

It's still awfully sweet to think about.


And just two weeks ago....my dear little sister Cindy awarded me with a wonderful trophy for walking
my first 5K. 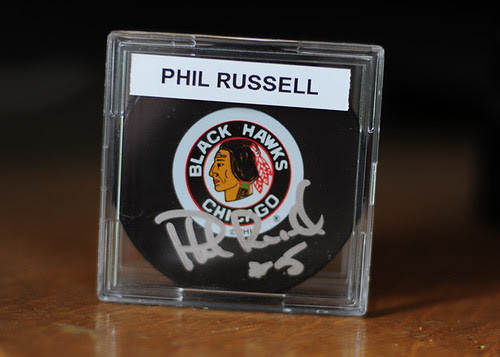 I'd know that signature anywhere! 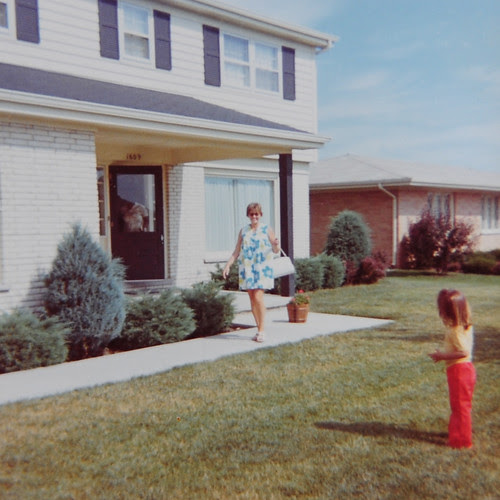 I am reading The Help.

In the door of our house is Pauline.
She came to us when Cindy was a baby.
Cindy was born in 1960.

Unlike the character's in the book...
I would say that because we were in the North,
Pauline was treated very differently than the women in
The Help.

We loved Pauline.
She loved us.

She told us stories in her very unusual accent.
She had scars on her arms from where she had be cut.
She always had snuff in a little white can.
It was fascinating.

Mr. Irving and our dad drive her home during the riots in Chicago instead of letting her take the bus.
She wore a white dress and always had sugarless snacks from Walgreens.
She always seemed to be 80 years old.

I wonder if anyone has a picture of her.

She was our Pauline, she was good to us, especially to Cindy.
Pauline gave Cindy a black bride doll. It was large and very special.

We had a maid when we were growing up,
her name was Pauline.

She was treated with love and respect. 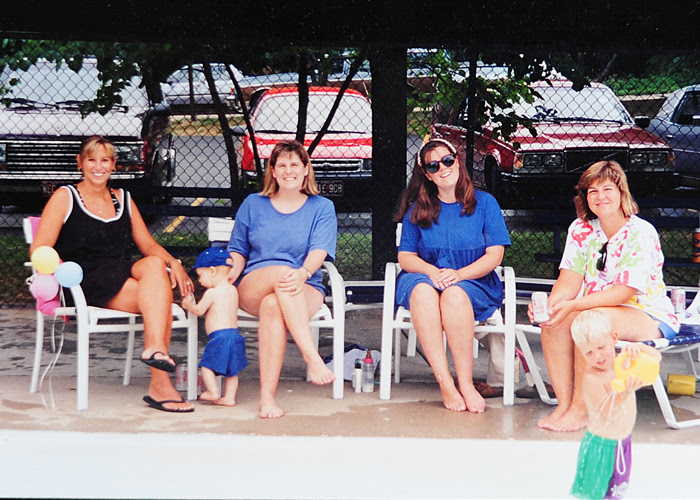 And just because it was in the same stack of pictures as the other ones....

various Glyman girls sitting at the pool in Columbia Mo.
circa 1994