Comparing yourself to others is simply a bad idea.

The sooner you can stop doing it,
the better. 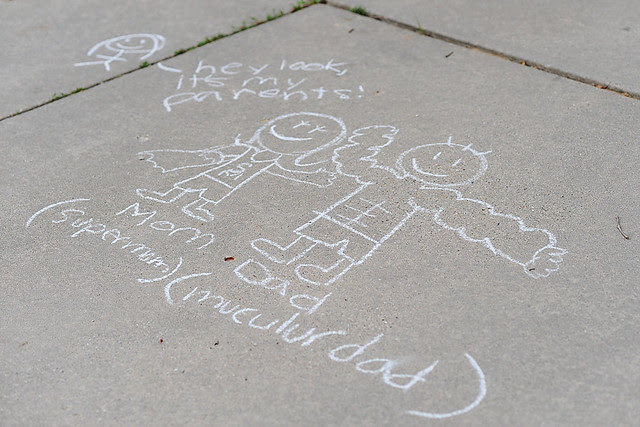 Our quiet weekend was just what I needed, I think.
With family one weekend and then a workshop next weekend along with Emma's big move in Chicago coming up.
Well.
Watching TV and looking at chalk drawings hit the spot.

Up
Galaxy Quest
About Schmidt
The US Open golf


Have you seen About Schmidt?

The narrative of the movie is told thru Warren (Jack Nicolson) writing letters to the child he sponsors in Africa.
The letters are wildly personal and inappropriate. He pretty much dumps all his problems into his notes to Ndugu.

Warren tells Ndugu in the final letter in the movie that he (Warren) is a huge failure in life and will die without
leaving a mark, without having done anything worthwhile.

Warren is very unhappy and then... he opens a letter from Ndugu.