Have you seen the movie The Impossible? 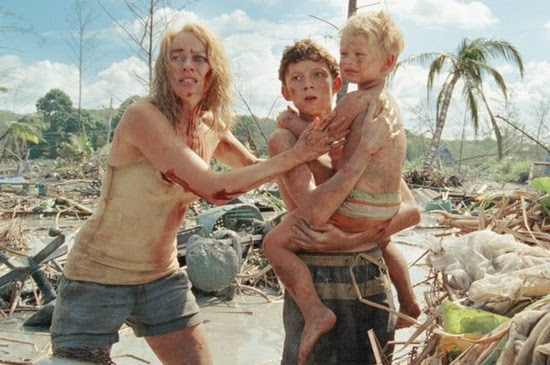 
We chose it to watch as a family on Saturday night.  The other movies we were interested in were rated R so I picked The Impossible.
Well, after five minutes Katie was sobbing and had to leave the room.
She could not watch it.
The movie is a true story about a family that is caught in the terrible Tsunami in Thailand in 2004.
We follow along on their harrowing journey to survive and be reunited.
It is really horrifying to watch.
The acting is tremendous.  Michelle Williams should have beat Jennifer Lawrence for sure of the Oscar.
Ewan McGregor was also unbelievably wonderful.
The little boys were fantastic.
But really, I don't know if it is worth watching.
50% of the movie is excruciating to watch.
If you are sensitive to gore, don't get it.
If you want to see great acting....then okay.

I had to google the family after watching to see if there was any follow up information.
A few things I learned;
The oldest boy is interested in being a doctor like his mom.
While other families return to the resort each Christmas, this family does not.
They feel badly that they have all survived and others lost so many.
While it may seem fake that Ewan searched the hospital where his wife lay twice and did not find her,
it is true.
Sometimes having to pee is a huge blessing.


Here is a neat picture;
it's my Grandma Glyman (Elsie) and Matthew.
Matthew is six weeks int his picture. 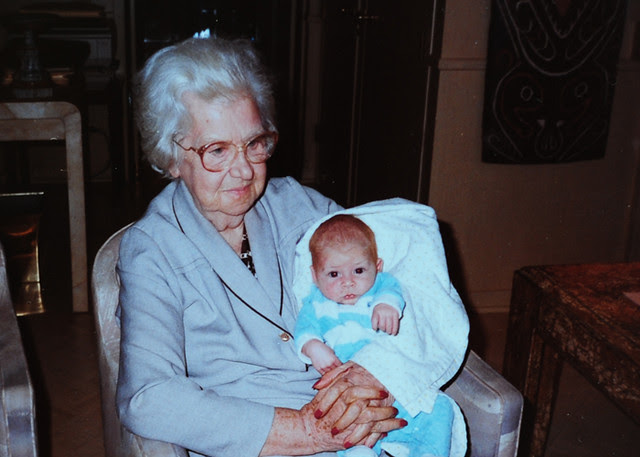 I drove down to Chicago with the boys because my sisters were visiting Aunt Dorothy and I wanted to see them and show them our new baby.  I remember being very exhausted.
But I sure love having the pictures now. 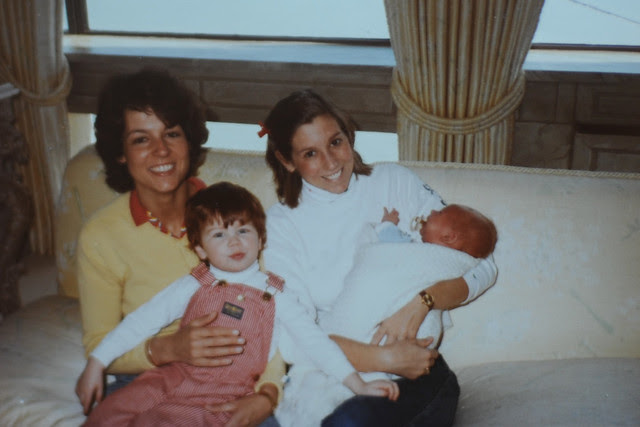 Sue was married to Keith a few months after this picture was taken and Cindy would soon get pregnant with her first, Brandon.
Matthew had a special effect on Cindy.
Even tho he appears to be crying in this picture!

Oh, how we love our babies.