The is the second reason I love Brett Favre:

Here is the first reason I love Brett Favre:

How did I manage to watch the Packers and Dancing with the Stars at the same time?

Tivo and an alert husband.

My husband knows the parts of football that I love. I love the excitement of scoring and I love the touching interviews with Brett and his family.

So anytime there is any scoring going on....I hear the cheers...and if Deanna (Brett's wife ) or Brett are being featured, he yells out for me.

And Tivo, it can be paused :o)

The last half an hour, we watched together.

The Packers scored on an 82 yard rocket fired by Brett, caught by Jennings.

(The two links I provided are the best of what last night had to offer.)

Dancing with the Stars was fun, too.

Helio is back! I even voted for him. Once.

Cameron didn't look as clumsy as before, but what is with all the jumping?

I still think Sabrina is the best! And I think her partner is falling for her.

Who will go home?

This is what Katie had in mind for the daily photo session...... 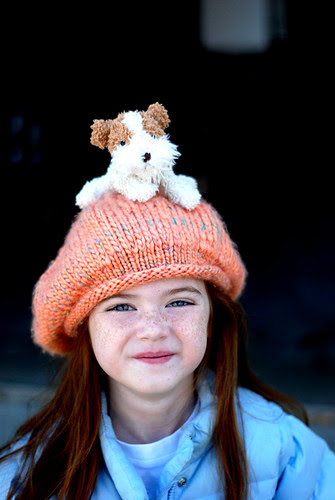 I sent Audrey word as to which workshop I would like to attend. I chose one in April instead of March.

Yesterday afternoon I sent her the hat I knit.
Better to have it now then in April.

"The reason women don't play football is because eleven of them would never wear the same outfit in public."


"The supreme quality for leadership is unquestionably integrity. Without it, no real success is possible, no matter whether it is on a section gang, a football field, in an army, or in an office."