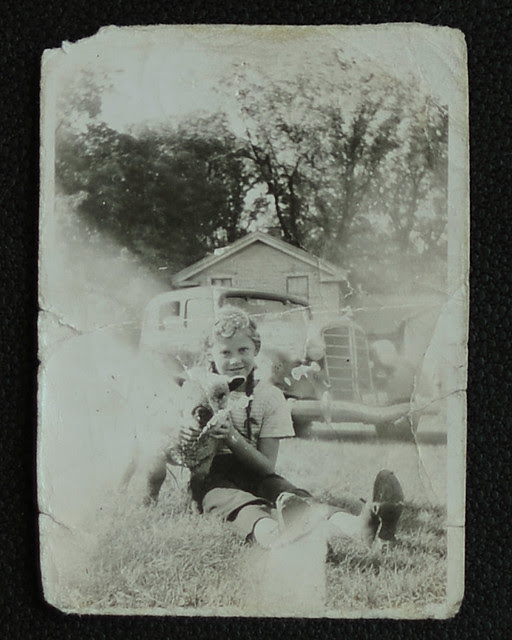 This picture is an absolute treasure to me.
It's my mom.
Little Esther Jean.

On the back of the picture is written:

her pet
lamb on
the farm in
Harvard, Ill.
Just before her
braids were
cut.

Her shoes tell the story of poverty.
The braids being cut tells of a tradition. (Danish)
My girls came from that sweet face
and that pet lamb tells me she had happy times on the farm.

Harvard Ill.
I have been there many times but just this morning I put it together
as I read the inscription once again.

Did you know my mother came from a family of seven children?
It was hard for Grandma Hansen.  One of her little girls died of an appendicitis.  Her name was Ruth and she was only four years old.

But little Esther looks like a honey and her lamb is adorable with those dark markings.
I wonder what she named that lamb?