Harry Potter scarf~Dead in a Ditch 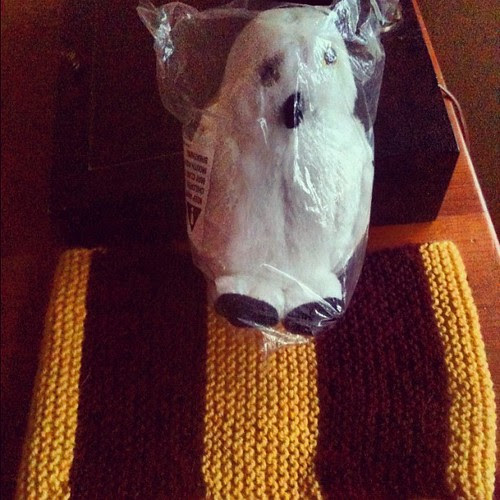 I just finished the Harry Potter scarf for Asher's {grandbaby} Halloween costume.
Mary Z. from Chicago sent this little owl to add to the costume.  It makes a great owl noise and it drives Ginny batty.
This will go in the mail to Omaha today and hopefully Asher will wear it....but you know two year olds, they have minds of their own.  I will make Melinda wear it if Asher won't!  :o) 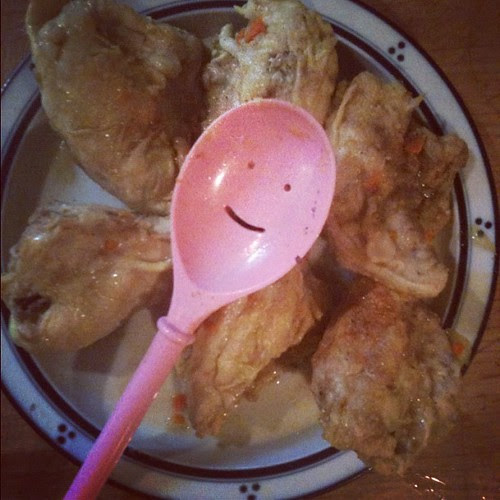 Yesterday afternoon I made my very favorite Chicken and Dumplings.  It was a bit of a comedy of errors.  I thought I had all the ingredients but realized as I was ready to make the dumplings that they called for eggs.  Dang.  Out of eggs. And since I had driven to Madison THREE times already yesterday I did not want to get in the car again.  The thought pained me.  So I asked Katie to ride her bike to the gas station (the same gas station we stopped at on the way home from school to get apple cider for the recipe.)  This gas station is 1/2 mile away.
After 40 minutes I began to worry.  She must be dead in a ditch I told myself.  So I got in the car to go look for her.  She was heading down our street carrying the eggs and a little package of candy.

"I am glad you are not dead in a ditch.  What took so long?"

"I took the long way." she said.
"The long way?  It is a straight shot down the hill."
After more prompting and questioning she said,
"Oh! I went to the gas station by Walgreens."
"Katie!  That is twice as far.  Why did you go all that way?"
"I forgot about the other place.  It's just as far isn't it?"

Oh dear me.
Twelve year olds.
They are capable and incapable at the same time, aren't they?

So are their mothers.

Because I put three times the amount of cream in the chicken and dumplings.
I glanced at the recipe and read, 1 1/2 cups.
Unfortunately that was for the flour and not the cream.

I have now created a new recipe,
it's called Cream of Chicken and Dumplings.


With love,
Frick and Frack