In passing, Patrick mentioned that he likes those knit hats with the brims.
In my innocence, I thought they were dorky.

I told Emma, your dad wants one of those dorky hats.

She said they are not dorky. She bought one for a friend of hers.
It is snowboard-y cool.

So we searched around of a knit hat with a visor.

We found one at PacSun.

Emma tried them on and well....she put them on a little different than a 50 year old would put it on.
Back wards and sideways, baybee.

That's the cool way to wear this hat.

The girls showed their dad the right way to wear the hat.

Here is Katie's take on the subject. 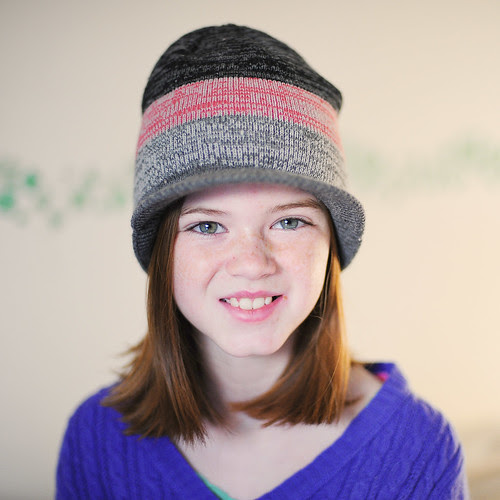 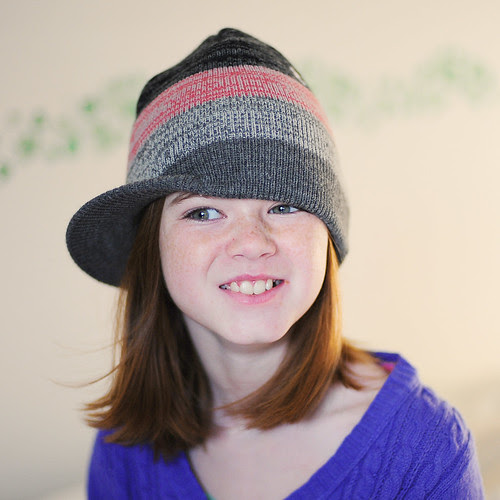 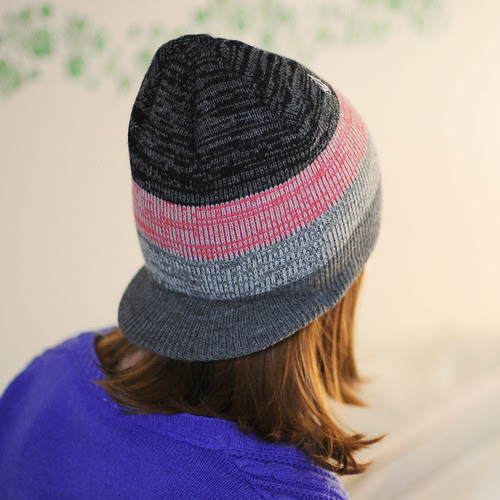 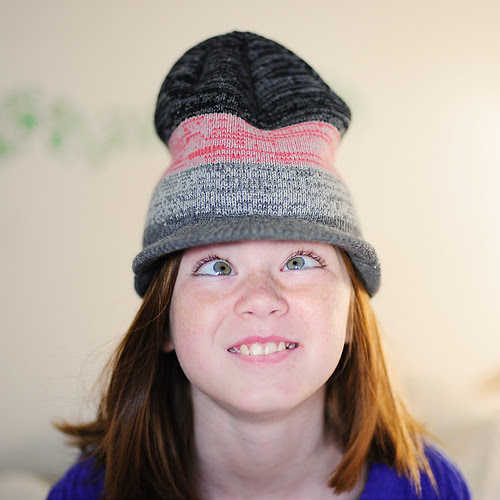 I think the kids have it right on this one....

I love that second look :o)