To me,
the iphone camera was useless.

But then along came the Shakeit app. 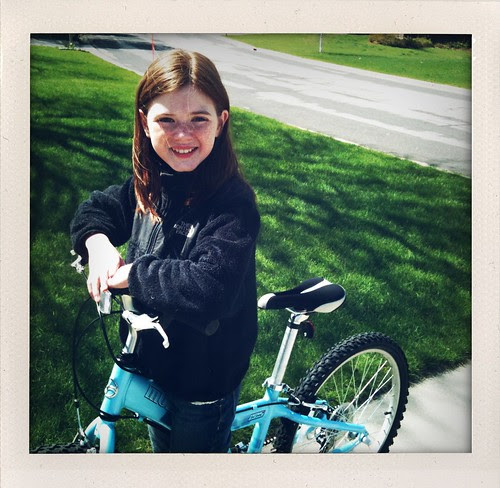 The app that makes your iphone pictures look like Polaroids!
How cool is that??

The Polaroid is so hip now. So hip I don't even know what the right word to
say instead of hip or cool.

It's delightful and tons of fun and it only costs .99! 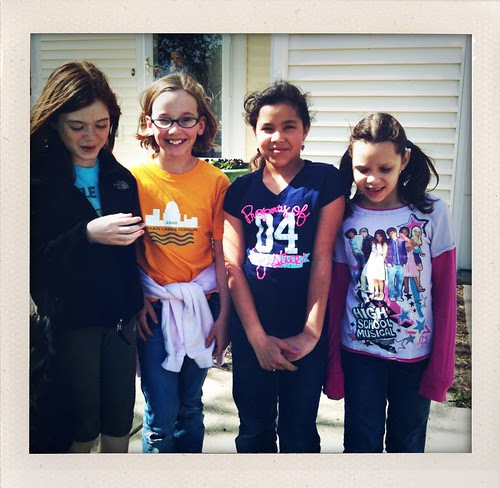 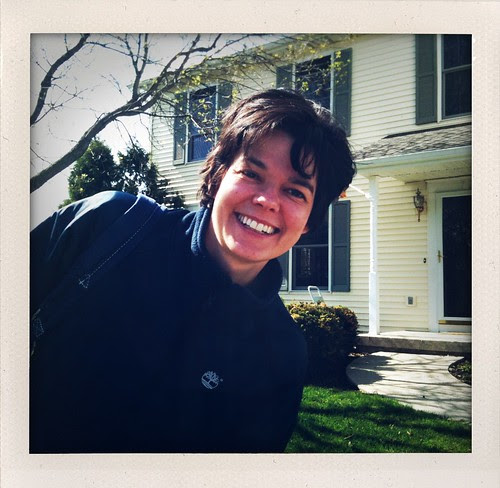 After you snap your picture, the phone makes the sounds of a Polaroid and the picture slides down
into the screen like a Polaroid. And then it develops in front of you.

And you shake it to make it appear.

It's quite the gimmick! 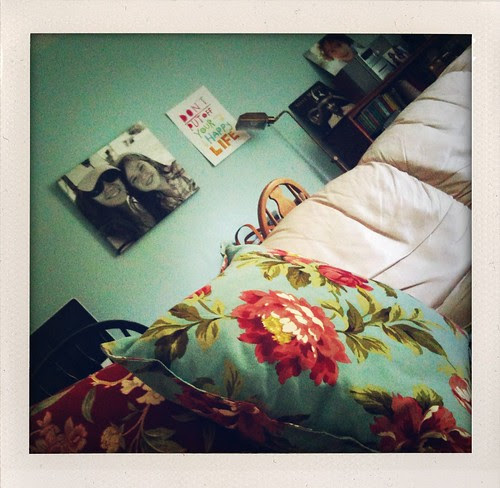 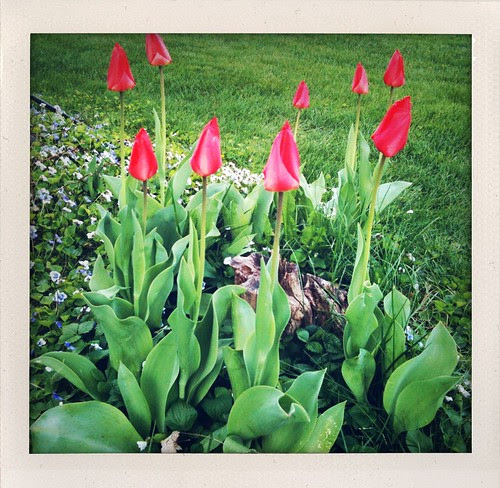 And so instead of comparing the iphone pictures to my fancy camera,
I can pretend I have a Polaroid!

We went to the farmer's market on Saturday morning. It was the first one of the season! 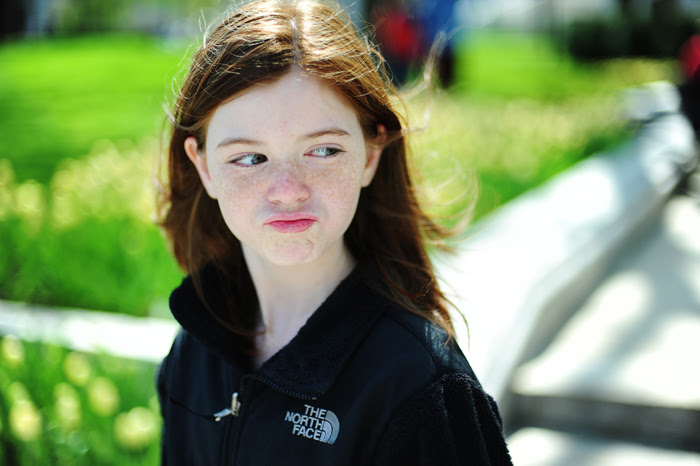 If you love tulips, this is the week to head to the state capitol!
They are just so beautiful! 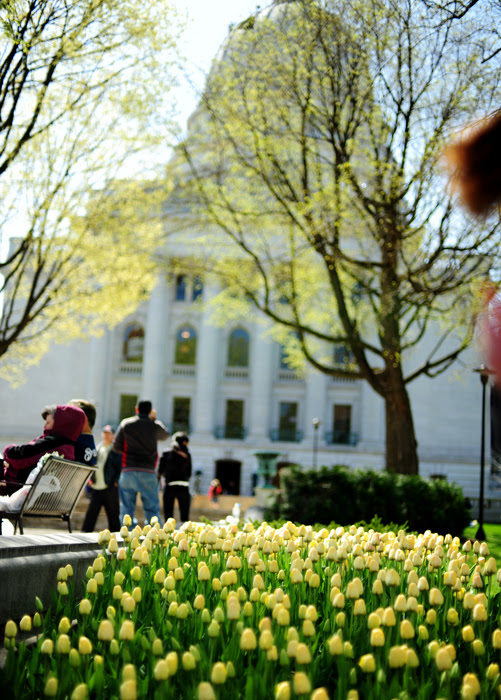