Florence, you had me at Duomo. 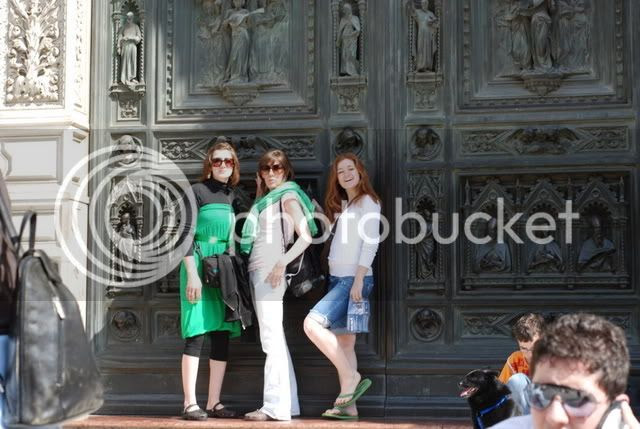 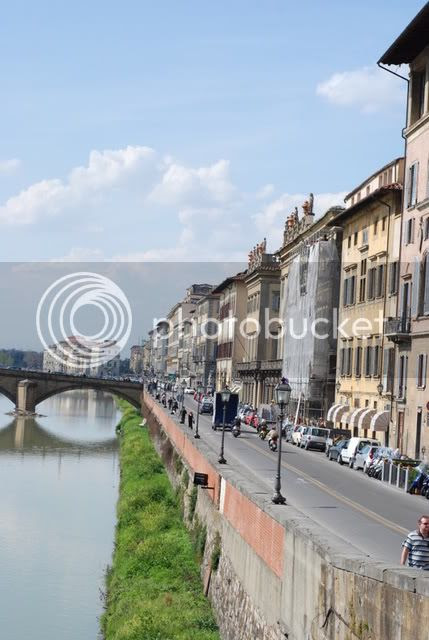 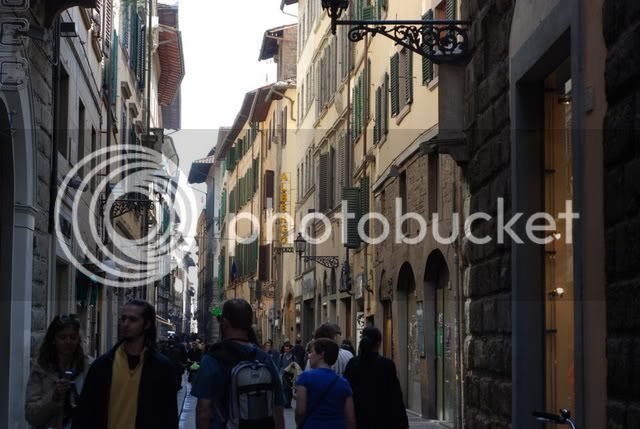 Florence was very busy. Very.
We waited for three hours to see the David.
He was magnificent and worth the wait...

We were not allowed to take photos.

But, I can report that he is not circumcised.
Some thought this was because David was created for the Catholic Church...and they were not concerned with making David...all that Jewish.

Or perhaps Michelangelo's vision of the perfect male was uncircumcised.
We know Michelangelo was interested in physical perfection, perhaps that was more important to him than being historically/religiously accurate.

We also had a discussion about whether David was preparing for battle or if he had already slain the giant.

Due to the rocks still in his mighty grasp, it is clear he is just about ready for battle. 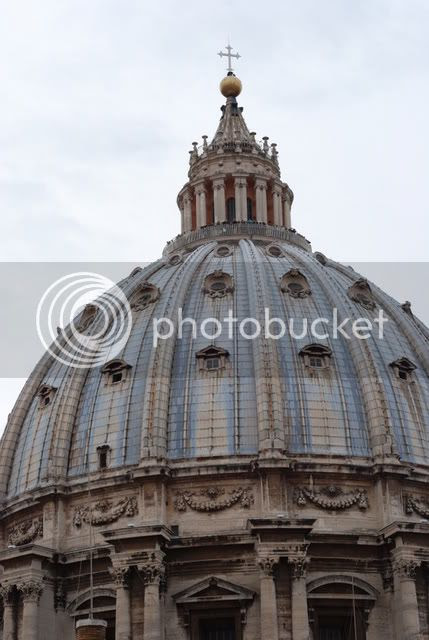 It was my bright idea to climb to the top of the dome...what do they call it?
The Cupola.

I was the only one who thought this was a good idea.

Can you see the people?
They're there!

And we were there too!! 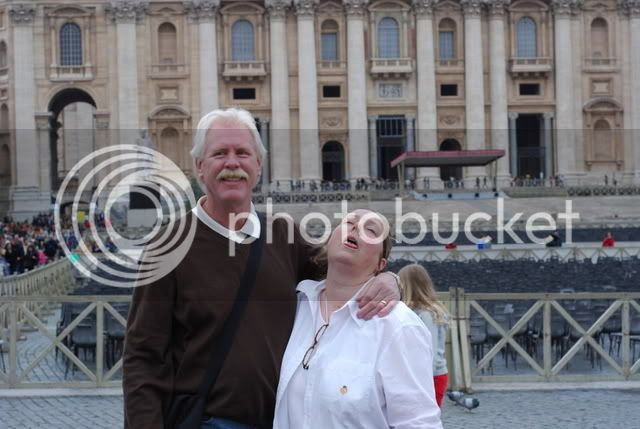 A very attractive photo.
Just goofing around a little.
Pretty convincing, no?

The Sistine Chapel was awesome.
St. Peter's was amazing.
The Pieta was moving and glorious.

And I wept as I looked at the Pieta.
For there was my Jesus.
Slain.
In his mother's arms.
Her slain son.
Her boy.

And I missed Katie.
And didn't want to die before I saw her impish face again.
And that stupid will writing,
just really messed me up.

Mary is not crying.
She is calm and peaceful.
I think Mary has a direct line to God.
She is strong and full of faith.

Because sometimes mommy's die and leave behind little seven year old girls.
And the pain of that, the reality of that, just breaks my heart.
Thirty four years after the fact...

I was one of those weeping statues.

"Why are you crying?" crooned Patrick.

We were just getting started....