There is nothing that makes my sister happier than
a Wienermobile spotting. 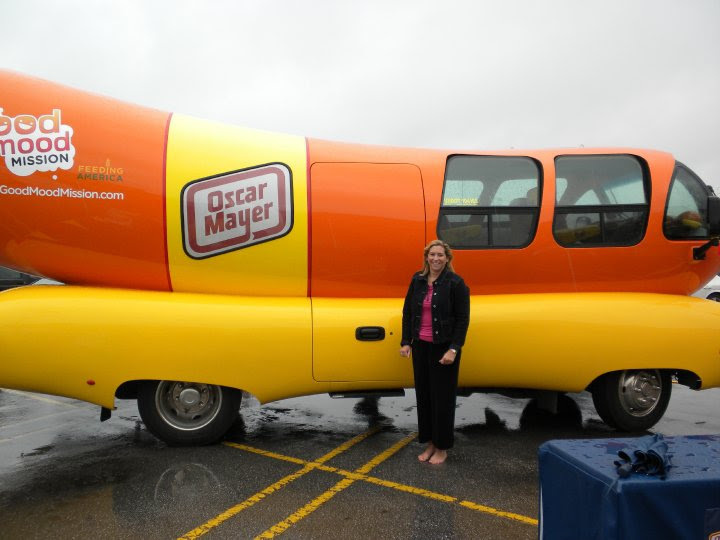 No matter the weather, when the wienermobile comes to town
Cindy is there with a smile and a hand out stretched...
pleading for some little red whistles to give to her kindergarten class.


I remember getting those whistles from our dad when we were little.
A wienermobile spotting has been great fun for our family since we were growing up in the Chicago area.

I mean. Look at that thing!
It's adorable and colorful and fun!

But Cindy loves it the most.


Yesterday Cindy sent me a wonderful picture of her son, Steven, and The Sausages. 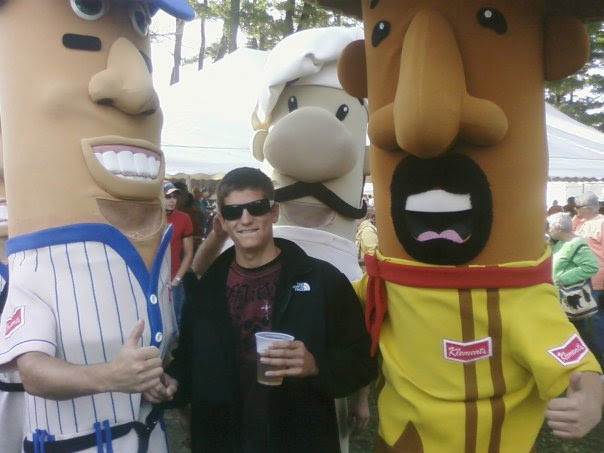 Last fall Cindy and her boys went to Minocqua (Wi) to run in the Rump Roast Run 5K.
It is a part of the epic Beef-A-Rama.

The Parade of Beef starts at 2:45.
A parade that features people and their grills.
Grills that are grilling meat.

Yes. They push and pull their grills in the parade.

I am going next year. I swear. This is just too funny to pass up, don't you think????

The Sausages were in the parade too!!!

And Steven hunted down the Sausages so he could have his picture taken with them.
They are HIS favorite!


Who knew Wisconsin was so fond of it's pork products?

You all thought we were all about cheese. (Well, we do wear those foamy cheese hats on our heads, now that I think about it.)

But with the iconic wienermobile and growing in popularity Sausage Racers....