Sorry if you missed the hijinks and jocularity in the comments yesterday.

I don't know, what was up? But it sure was fun!

I honestly think this group has some darn funny and silly minds....

I envision us sitting around a big table like staff writers for Saturday Night Live!


Can't you just imagine the scene, when Janet gets an inkling that "p**nt*ang" might not be such a nice word
and she googles it, only to find out it has taken on a nasty connotation.

(She insists that it is also a TEA!)

The thought of her googling that word is funny in itself.

Oh Janet. We love you and your innocence.


If we didn't have young readers from time to time, we could feature a "word of the day" like Lynn suggests.

Cause, Lynn, needs a little help with the rough vernacular from time to time, too.

Oh my. You guys keep me smiling and I love you for it.

Katie, Carrie and I went to see "Horton Hears a Who" on Sunday afternoon.

It was really cute and funny and so well done.


I missed the songs and some of the chants from the cartoon version.

and the most famous...


I really wanted them to copy that. But they didn't and I can forgive them for that.


The acting was great. Jim Carrey did not overact, like I thought he would. He was great and sweet.

And Steve Carrell and Carol Burnet were equally restrained and delightful.

In fact Steve Carrell was more animated than usual, I think.

The kangaroo says she "pouch schools" her little kangaroo as a means for keeping him away from undesirables.

It's a bit snotty and only takes up two seconds of the movie, so it didn't bother me at all.
I almost forgot about it.


Dancing with the stars was on last night!!!

I thought it was kind of a stinker.

I can barely get my mouth to say it...but Pricilla was quite good, wasn't she. She was one of the better dancers.

Jason Taylor shoud be a ballet dancer. He was created to dance ballet. But instead he fell into football....


Speaking of Jason and homeschooling and football. Alert reader Tammy says that Jason Taylor is the first homeschooler to play in the NFL. How cool is that????


I loved Adam Corolla. He is such a fish out of water but he is too sweet that he doesn't want to disappoint Julieanne.
Endearing.


But, what was going on with Kristi's cute dancing partner's face.

Did anyone see the odd puffing/fish like faces he kept making?

Is there a Tango face, I do not know about.


What did you think?

Who will go home? 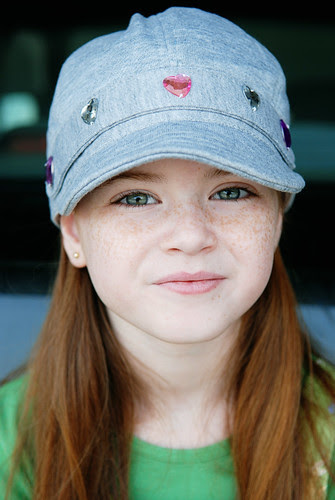 Katie bought herself a hat with her allowance money.

Both of my girls have gone thru stages when they thought hats were cool. 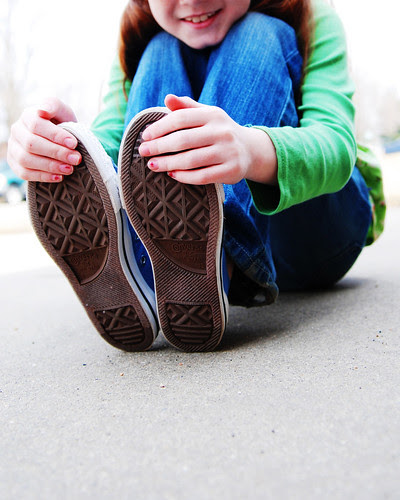 Patrick Sr. is a softy and bought Katie a new pair of shoes too.
He likes to shop and buy things for us.