My mama told me, don't lose you
Cause the best luck I had was you.
And I know, one thing.
I love you. 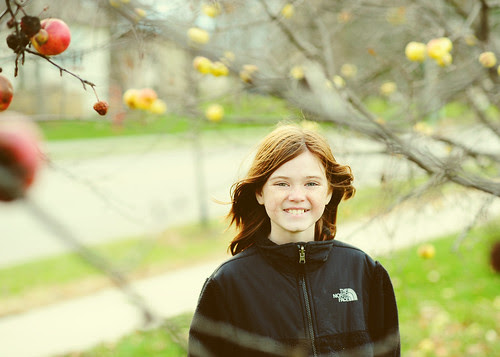 On the way home from school we stopped to take pictures.

I had noticed these trees earlier in the day, out of the corner of my eye.
They looked like they were covered with Christmas ornaments. I thought they might be fun to shoot around.

When I saw this picture of Katie, I couldn't help but think of Dorothy and the apple trees.
They were scary trees, weren't they? 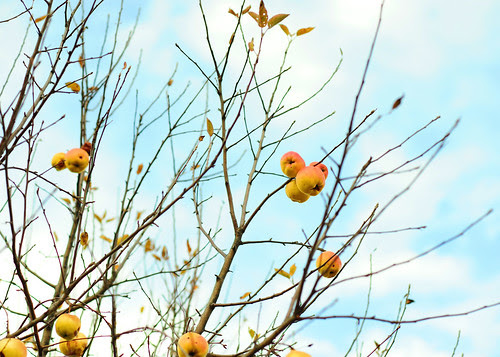 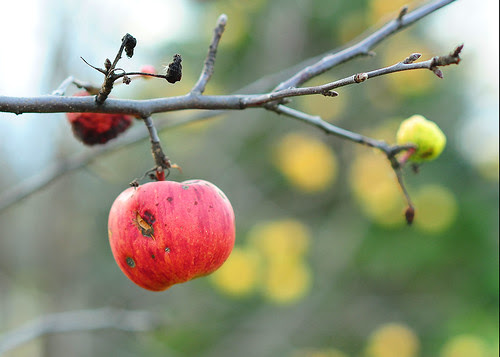 I have to vent a little bit about Dancing with the Stars.
It is so obvious that the Karianninaba prefers Kelly to Donny and I disagree.
So I called and voted as much as I could last night for Donny.

This has been the most boring, uninspired season of Dancing with the Stars ever,

My fingers are crossed for Donny. He is the only one I like to watch dance and I really won't bother watching if he is not in the finale.

Any one else care?


And another thing...I haven't really ever shared with you my devotion to All My Children.
I have been watching since the 70's.

Last week I wrote a letter of disgust to the show.
And I think I may write one every day until someone notices.

Currently the show has been dragging out two storylines that I find so horrible and offensive and lame that I can not stand it.
Yesterday the David and Amanda scene was so disgusting, I could not watch.

I only know of one other reader who has watched this show from time to time...but I'll bet she has abandoned it all together now. And I think I shall follow suit.

I think I will think about this instead....


My mama told me, don't lose you
Cause the best luck I had was you.
And I know, one thing.
I love you.