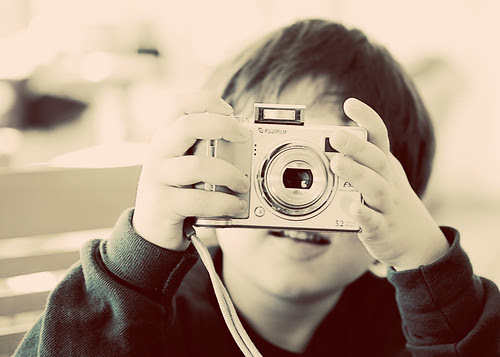 1. Can you remember without looking what your first post was about?

I think it was a new years resolution type of post and declaration of purpose.

Did you know it is one month until my five year anniversary.

Right here at this desk.


3. Which was the first blog you read?

I am sure it was someone from The Well Trained Mind boards.
My best guess is Carmon @ Buried Treasure.

And soon thereafter, my blog-sistah, MFS.

4. Who did/do you tell about your blog, if anyone?

I told the women at The Well Trained Mind and my sisters.

I mention it from time to time now...but mostly get odd looks at the mention of a blog in real life.

5. Has your blog ever caused a scandal?

No. I don't think so.
I was sure the clip from Sex and the City would have caused a scandal last week....but everyone took it quite well....
and if they were shocked the didn't tell me.

6. Tell us something random which happened as a result of blogging?

I have met my best friends here in Southern Wisconsin due to blogging and
I got a job writing for P-dub.

7. Snog, Marry or Avoid - pick another blogger for each.

I do not know what a snog is.
It would be wrong for me to want to marry someone else, even in jest, as it would hurt my dear husband's feelings.
And avoid??? Naw. Not that one either.


8. What’s your most amusing blog memory?

Here is my most amusing blog memory and something that few of you know.

I have been banned from a knitting blog called Chic Knits.

I really, really liked her. Left comments in my usual chipper way.
Bought her patterns and linked to her site.

I was banned from the site.

I was not allowed to make comments.

I was shocked and dismayed.

What had I done to be banned?

I still have no answer.

Some little comment I made must have been taken the wrong way is all I can think of...or she stopped by my blog and
didn't like what she saw. I really don't know.

But there you have it.

Hat Tip to Stacy @ Writing and Living for this meme. 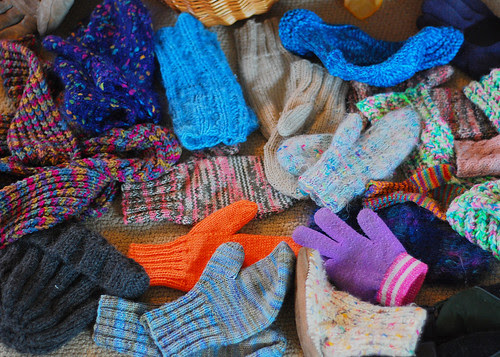 This is how my floor looked this morning after Katie announced that she left one of her mittens at school.

We have lots of mittens.

Have you ever been banned from a blog?

Have you lost your mittens?
Mine must be with the marbles.