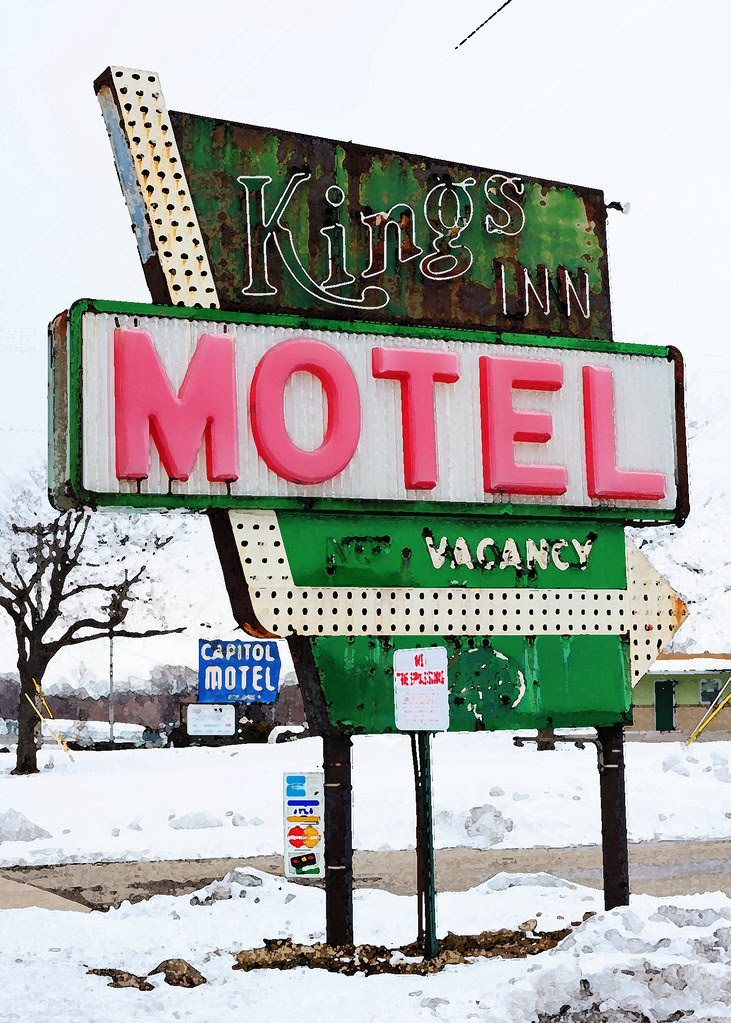 So here is the whole sign. I made it watercolor in photoshop because it just needed something and I tried about a million actions on it...and this is the one I liked.

I know it's huge, but the beauty is in the details. At least I think so. 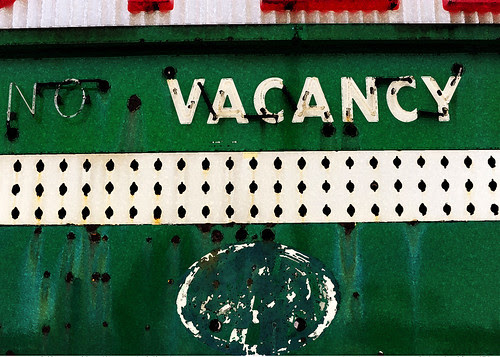 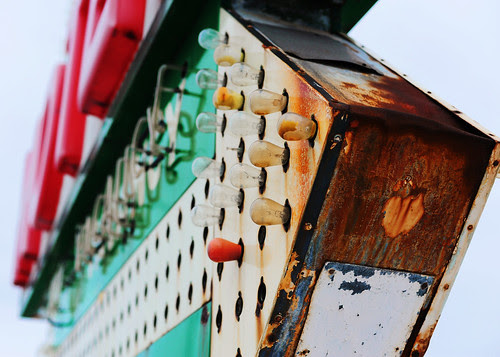 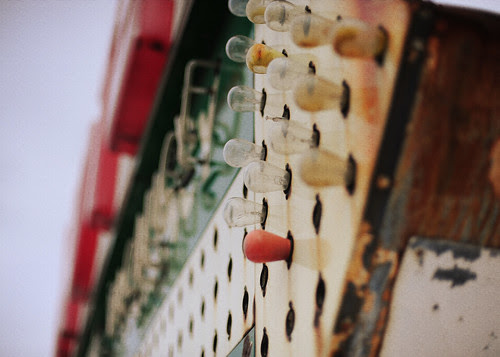 This is my favorite.


So. Patrick asked if I wanted to go for a drive and for years I have wanted to take pictures of this sign and a sign for a motel called the Trails End.

The Trails End had a very cool sign with a bucking bronco and an Indian. It would have made a super cool picture if we had found it.

When we came home I put my excellent googling skills to work.
After about three minutes I had my answer. The Trails End motel was raised in 2007 to make room for a motorcycle shoppe. 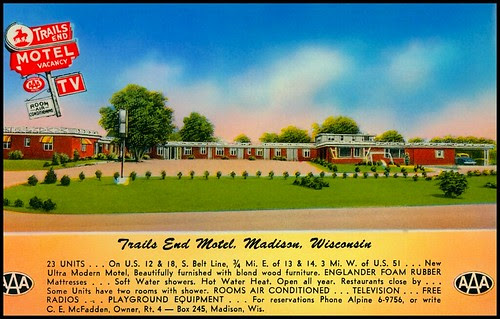 And then I found a really cool blue door in Cambridge Wisconsin at the Lake Ripley Park. 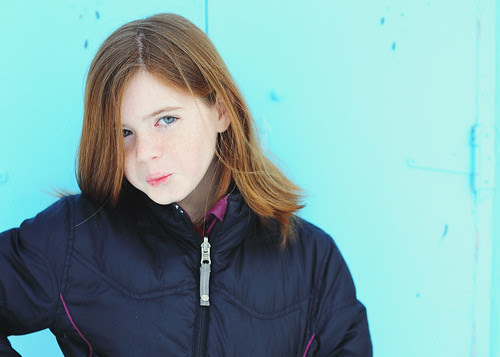 (flickr is not working right now....had to use this little pic)

Did anyone watch The Bachelor last night?

Jake is in love with four women. That is just so weird.
Seems interesting that they only showed him asking Tinley's father for her hand in marriage.
If he had sent a girl home last night, I would have guessed it would be Tinley.

However, Jake said that in his life it was God first, family second....and Tinley is the girl I can gather has
the strongest faith.

And why didn't they tell us more about why Ali's job insisted that she come back.
I wish they would have elaborated there.
That whole situation seems staged to me.

It looks like Ali will come back at some point.

I predicted all along that Jake would not choose someone.

What do you think?
Who will he choose?


I can't wait for next week!

What would you think if Howard Stern took Simon Cowel's place on American Idol?

Are you excited to see Ellen on the show?


I actually think Howard Stern would be interesting....
They need someone who is cranky and has a real edge.

If they go with the boring safe route, my guess is David Foster.

He was a judge on Next Country Music Star and he was VERY opinionated, like Simon.

I am always curious to see how these things play out!

So let me know what you think; about The Bachelor and American Idol.