Our little trip to Green Bay. 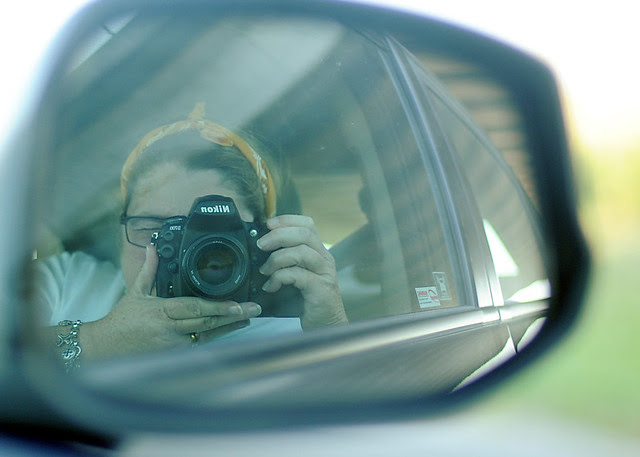 I wore a white top and a gold bandanna.
Packers fans LOVE to wear their jerseys.
A few Saints fans were there....like three....they wear weird suits and look like undertakers...
But then I was wearing a bandanna like Lucy so who am I to talk about odd choices? 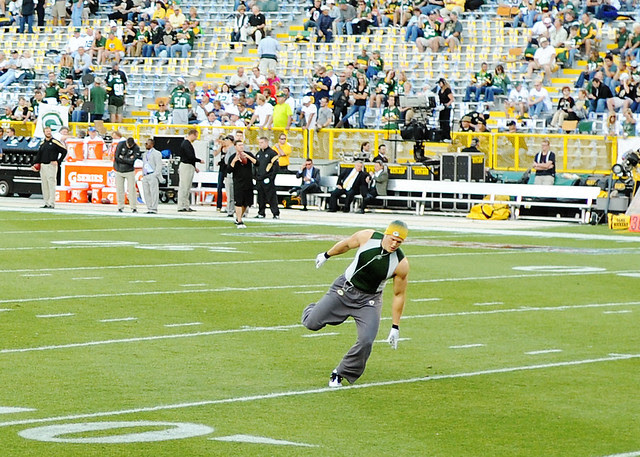 We get there so early and I always love to get up close to see the players...close up.
Look who was warming up right in front of us. It's Clay Matthew's #52 in case you can't recognize him.

In the third row sat a young man with his jersey on...and his pants and pads. I swear. I think he was all ready to get in the game if he was needed. I wonder if he is fast like that guy on the Saints. Holy cow. That man can RUN!
I want somebody like him on our team.

We do have a rookie on Special Teams, #18 who tore up the place last night.
I wonder if they will make him a halfback? Do they do that? 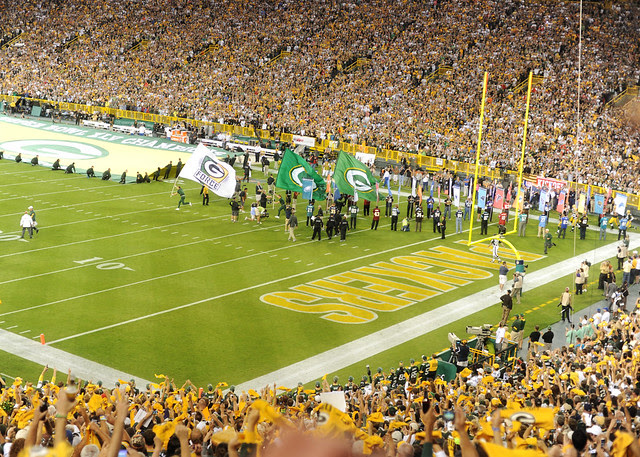 There were numerous ceremonies. Bart Starr was there.
We had fireworks...first time EVER for that. 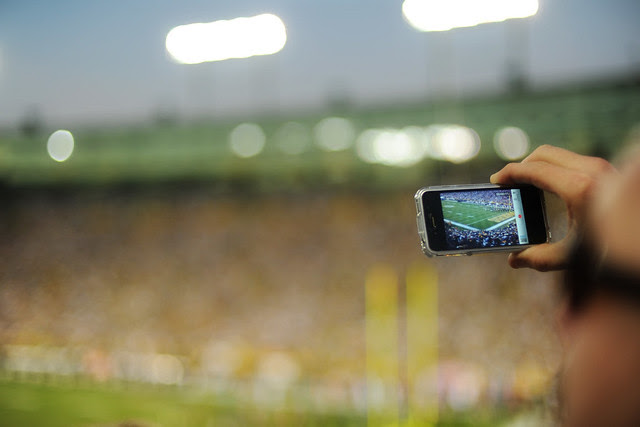 The fans were excited and on their feet. I couldn't see past the guy in front of me, but found a way around that problem. 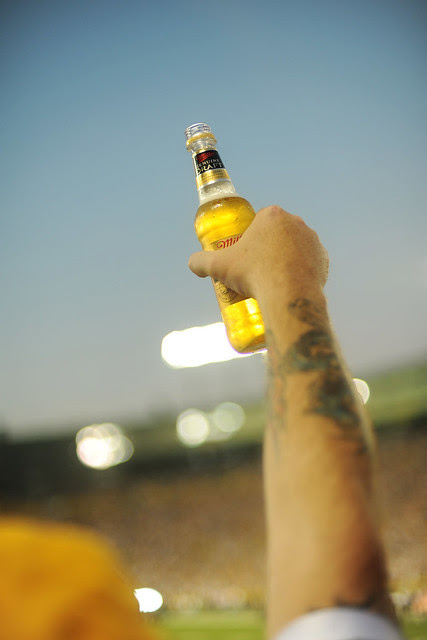 A toast to the World Champs.

I think I will send this picture to Millers. 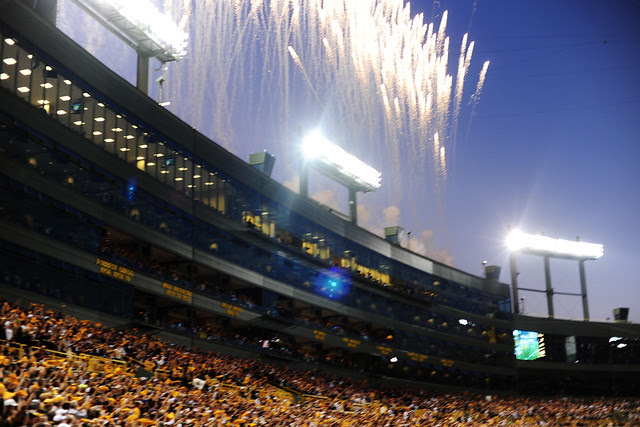 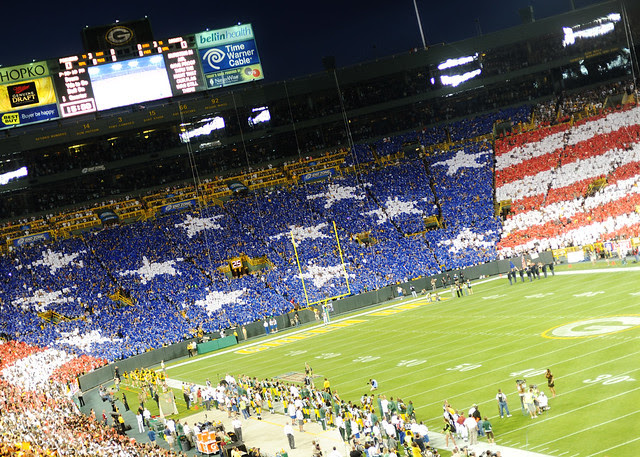 It was fun to be a part of this...I felt like I was at the Olympics.
The instructions are written on the papers you hold. The papers were taped to your seat.
It was really cool to see how it worked.

If you look closely...some people are either rebels or clueless. 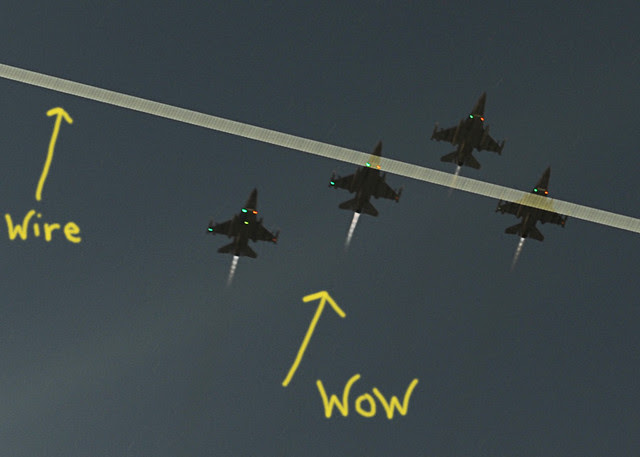 So there we were, singing the National Anthem and holding our signs...and I had a hunch there would be a flyover.

That white wire holds up the net that catches the ball after an extra point.

The jets were rockin' loud. The crowd just goes wild. It is so much fun.


And then the Packers played a fantastic football game and won.

Has anyone done a card stunt at a game?