Appetizer - If you learned today you were going to die tomorrow, name three things you would do?

Soup - What is your very first memory?

1. First day of kindergarten. I was four. My mom walked me to school.
After school, I told her that was nice. But once was enough.

Salad - Name one service you are willing to pay for and one your not.

1. I am willing to pay someone to clean my house. In face, I would pay people to
do anything around the house and yard.
I would not have a Butler, tho. We don't mind answering the door.

Main Course - Do you make your bed every day?

Dessert - Name the most significant thing you learned this week?

1. I learned to text. Cindy is a texting nut. So I learned how to text. 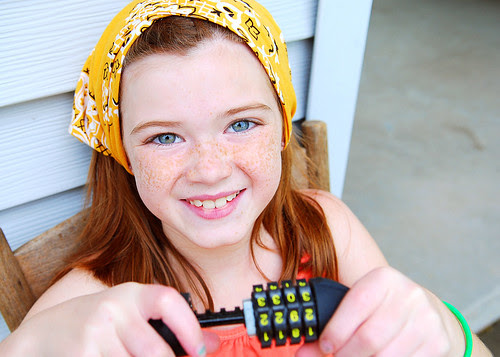 And the most pressing question of the day.....


Should I teach Katie to stop talking to herself?

She does this a lot.

She likes to talk and doesn't have anyone to talk to so she is often talking to herself?

You see, I have this idea that it's kind of crazy to talk to yourself.

Our mother mumbled things under her breath and we teased her about it.

But , I don't have the heart to tease Katie about it. 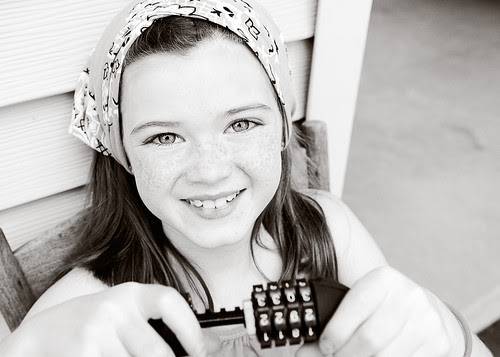 And speaking of a little crazy. I bought some new actions the other day.

I like em. Today's pictures are edited with them and yesterday's black and white of Emma was also.

They are created by Rachel Devine and are called Sesame Ellis Actions.
(She is the slim woman who just had twins. Remember that pictures. Yeah. That tiny lady's babies were both nearly seven pounds. I will never understand how THAT works.)

But anyway, she has offered her actions for the first time and I grabbed em up,
cause I'm a fool for Photoshop actions.


Now go and answer those questions!

And for those of you who watch So you think you can dance....
who will win?

I have really fallen for Twitch. This week.