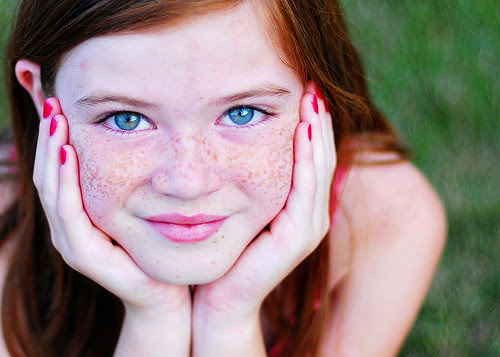 Here is another example using the Nikkor 50mm 1.4 lens.
I wanted to share it for two reasons.
It looks 3-D to me and the closer I look at Katie's eyes...the more I see 'I dream of Jeannie'.
(Wasn't that a goofy show.)

Her name was Jeannie, too.

They are all named genie :o)

While I was googling Jeannie and her evil sister, I came upon this picture.

This truly inspires me.


How about the Men's Gymnastic team? That was exciting last night wasn't it?

And Michael Phelps is a wonder. I didn't know that he struggled so as a young boy.
I think it is every parents dream to find that right thing for their child...the thing that makes
them achieve great things and overcome adversity. Perhaps that is why we love seeing it....
we wish it for our own and well, hopefully we see it happen, but it usually doesn't happen on such a huge stage and
to this degree....

But I have long wondered about that....

What is the ingredient that takes a young person from adversity to triumph?

Some people have ever advantage but can not seem to get it together.

And then there are those who overcome, who soar, who once they are on their way, are unstoppable?

I don't think this can be taught? I think it may be part of their make up.

Have you ever thought about this?


I think about it a lot.


I think that everything is possible as long as you put your mind to it and you put the work and time into it. I think your mind really controls everything.
~Michael Phelps